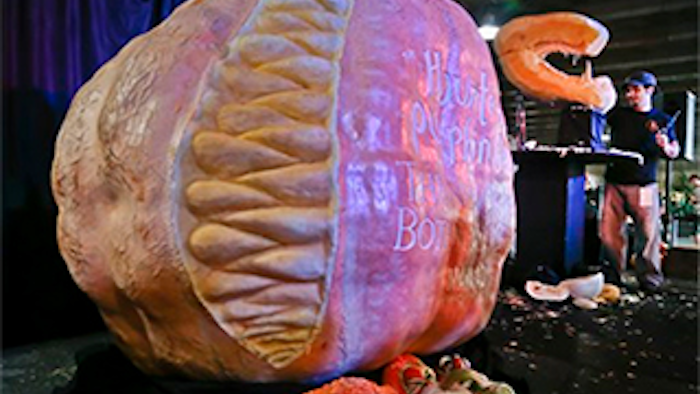 (AP) — Pumpkin carver, Chris Vierra, works on carving the head of a "carnivorous creature" out of a giant pumpkin on Friday, Oct. 18, 2013, in New York.

Vierra and other carvers put their talents on display during a promotional event, carving a 1,496 pound pumpkin from Edinburg, Pa., to raise public awareness of the New York Botanical Garden's "Giant Pumpkin Carving Weekend" on Oct. 19 and 20. The event features a team of carvers transforming a pumpkin weighing over 2,000 pounds and grown by Tim and Susan Mathison, of Napa, Calif. (AP Photo/Bebeto Matthews)