Taco Bell on a Health Kick

Taco Bell isn't putting down the chalupa just yet but it wants to start shedding its reputation as a purveyor of junk food. The chain announced Wednesday that it's exploring ways to offer more "balanced choices," marking just the latest sign that the fast-food industry is trying to adapt to changing tastes and upend the conventional wisdom that it only offers caloric indulgences. 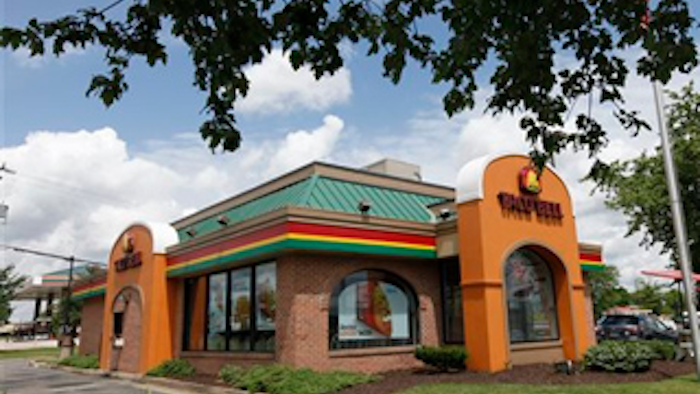 NEW YORK (AP) — Taco Bell isn't putting down the chalupa just yet but it wants to start shedding its reputation as a purveyor of junk food.

The chain announced Wednesday that it's exploring ways to offer more "balanced choices," marking just the latest sign that the fast-food industry is trying to adapt to changing tastes and upend the conventional wisdom that it only offers caloric indulgences.

In a call with reporters, CEO Greg Creed said Taco Bell is testing a "range of products" this year, with national launches planned for 2014. He also said existing menu items could also be reformulated but noted that the chain would remain true to its brand.

"We're not going to walk away from who Taco Bell is," Creed said.

By 2020, Taco Bell says 20 percent of its combo meals will meet nutritional guidelines for calories and fat set out by the federal government. That means a single meal would have about a third of the recommended intake of about 2,000 to 2,500 calories. The company did not immediately know what portion of meals currently meet those guidelines.

The announcement is likely to be met with skepticism in some corners, considering that Taco Bell is known for urging people to eat nachos as a "fourth meal" late at night. But it shows just how much pressure the broader industry is under to recast its greasy-food image as people increasingly seek out options they feel are healthier.

A report by the Hudson Institute earlier this year found that lower-calorie options were a key indicator of growth at restaurant chains between 2006 and 2011. While chains that expanded such options saw customer traffic rise by 11 percent, those that didn't saw traffic fall by 15 percent, according to the public policy research group.

As customer "tastes and needs" evolve, Creed said that offering more balanced choices would be critical in helping Taco Bell reach its growth targets over the next decade.

As such, he said product developers have been given "nutrition guardrails" they need to stay within.

Whether the new options fast-food chains have been rolling out actually qualify as healthy is debatable, given the nebulous definitions of the term. But McDonald's recently introduced chicken wraps, emphasizing their tomatoes, cucumbers and spring mix lettuce. Later this month, it's also introducing a version of its Egg McMuffin made with egg whites and a whole wheat muffin.

In a push to raise the image of its food, Taco Bell last year also introduced a line of "Cantina" burrito bowls that are seen as being more in line with fast-growing rival Chipotle Mexican Grill Inc. Meanwhile, Taco Bell says its lower-calorie "fresco" options, which were introduced in 2005 and come without cheese or sour cream, account for only about 2 percent of sales.

Coincidentally, New York Times writer Mark Bittman noted in a feature for the paper's Sunday magazine this past week that the public's relationship with fast food has evolved.

"We've gone from the whistle-blowing stage to the higher-expectations stage, and some of those expectations are being met," Bittman wrote in the piece, which argued that the public was ready for a healthy fast-food chain.

Its Doritos Locos Tacos have also been a hit, helping the chain grow sales at restaurants open at least a year 8 percent last year in the U.S.

Taco Bell has about 6,000 locations in the U.S. The chain is a unit of Yum Brands Inc. of Louisville, Ky., which also owns KFC and Pizza Hut.