Photo Of The Day: Lobsters Cheaper Than Bologna

Many stores are selling the king of seafood for under $5 a pound, making it cheaper than bologna by weight. 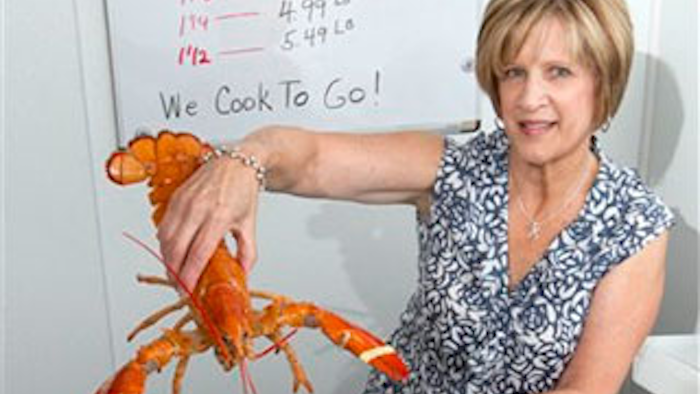 (AP) — In this photo made Thursday, June 28, 2012, Paula Coppersmith holds a lobster at Dock's Seafood restaurant and market in South Portland, where they're selling five lobsters for $24.

Many stores are selling the king of seafood for under $5 a pound, making it cheaper than bologna by weight. (AP Photo/Robert F. Bukaty)