Smart Ag, an Ames-based agricultural technology firm, has been testing its new AutoCart software this fall on a Iowa family farm. 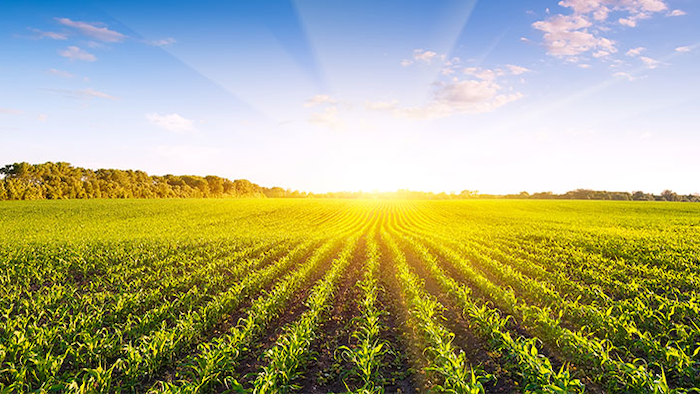 PLAINFIELD, Iowa (AP) — Kyle Mehmen navigated his combine through a cornfield on a drizzly Friday afternoon when he summoned the future of agriculture with the push of a button.

An idling John Deere 8345R tractor and grain cart sprang to life and, with nobody behind the wheel, rumbled across the field and pulled alongside the still rolling combine to catch the grain from its auger.

With another push of a button, Mehmen sent the full, driverless grain cart back across the field for unloading.

"It looks like the headless horseman when the tractor's out there without an operator in it," said Mark Barglof, chief technology officer for Smart Ag. "It takes a little bit to get used to, but once you do get used to it . you can see the future is really in front of you."

The system, which automates existing ag equipment, is still in the pilot stage, the Waterloo-Cedar Falls Courier reported. Company officials hope to provide more information by the end of this year about a potential release.

"Our goal today was to show what this system does in a real environment, on a real farm, under real constraints and pressures," said Colin Hurd, chief executive officer of Smart Ag.

Despite the high technology, Hurd said AutoCart is "really simple and intuitive to use."

Hurd founded the company in 2016, seeking to help tackle an ag labor shortage by automating grain carts, creating a system essentially allowing one person to do what typically requires two skilled operators.

"For decades we've been limited on farms to about 1,000 acres per full-time equivalent (employee)," Lash said. "If we're going to break out of that and drive more efficiency . it's probably easier to automate than to train unskilled labor."

"I want to be clear that our excitement around this technology isn't about replacing any one of those 20," Mehmen said. "It's about bringing more on.

AutoCart adapts navigation technology from the aerospace industry, allowing the tractor pulling the grain cart to chart its own efficient path to wherever the combine operator sends it.

"The grain cart is programmed to never go anywhere that the combine hasn't been," Hurd said. "It won't go outside the area that's been harvested."

Barglof said the tractor also won't run over people or other equipment.

"We also have systems in place that can detect objects," Barglof said. "The vehicle can detect corn, it can detect humans, it can detect vehicles. We've programmed that so it can make a safe stop before it ever hits anything."

Barglof, who's also a farmer, said he's found the automated grain cart — synchronized to run beside and react to the combine movements — is actually better and safer than having an experienced operator behind the tractor wheel.

Lash said his family farms group has been interested in automation since 2009. While efforts to utilize robotics and precision agriculture technology have been around even longer, more products are working their way to the market.