Not So Sweet: 75% Of Honey Samples Had Key Pesticide

When researchers collected honey samples from around the world, they found that three-quarters of them had a common type of pesticide suspected of playing a role in the decline of bees. 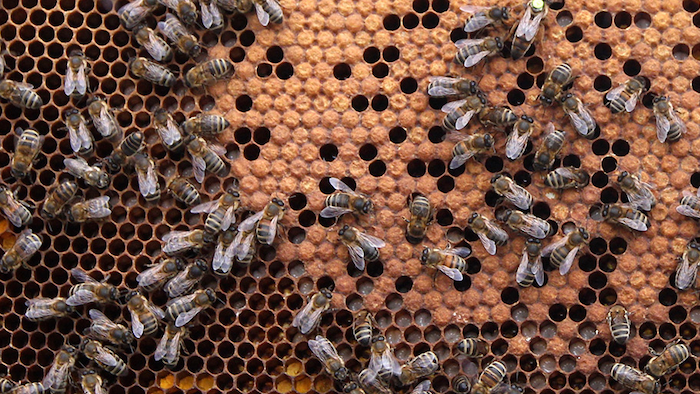 WASHINGTON (AP) — When researchers collected honey samples from around the world, they found that three-quarters of them had a common type of pesticide suspected of playing a role in the decline of bees. Even honey from the island paradise of Tahiti had the chemical.

That demonstrates how pervasive a problem the much-debated pesticide is for honeybees, said authors of a study published Thursday in the journal Science. They said it is not a health problem for people because levels were far below governments' thresholds on what's safe to eat.

"What this shows is the magnitude of the contamination," said study lead author Edward Mitchell, a biology professor at the University of Neuchatel in Switzerland, adding that there are "relatively few places where we did not find any."

Over the past few years, several studies — in the lab and the field — link insecticides called neonicotinoids (nee-oh-NIH'-kuh-tih-noyds), or neonics, to reduced and weakened honeybee hives, although pesticide makers dispute those studies. Neonics work by attacking an insect's central nervous system;

Bees and other pollinators have been on the decline for more than a decade and experts blame a combination of factors: neonics, parasites, disease, climate change and lack of a diverse food supply. Honeybees don't just make honey; about one-third of the human diet comes from plants that are pollinated by the insects. Bees pick up the pesticide when they feed on fields grown from treated seeds.

As part of a citizen science project, the Swiss researchers asked other experts, friends and relatives to ship them honey samples. More than 300 samples arrived and researchers tested 198 of them for five of the most common types of neonics.

Overall, 75 percent of the samples had at least one neonic, 45 percent had two or more and 10 percent had four or more.

The study found that nearly half of the honey samples exceeded a level of the pesticide that some previous research said weakens bees, but the pesticide makers say otherwise. An outside expert, University of Nebraska's Judy Wu-Smart, said the study used too few honey samples to make the broad conclusions the researchers did.

Ann Bryan, spokeswoman for Syngenta which makes the neonic thiamethoxam, said the amount of the pesticide found in honey samples "are 50 times lower than what could cause possible effects on bees."

Jeffrey Donald, a spokesman for Bayer Crop Science which makes the neonic clothianidinsaid, said the study "perpetuates the myth that exposure to low levels of neonicotinoids implies risk, even though there is no compelling scientific evidence to support this conclusion."

The study authors likened neonics to DDT, the pesticide in the 1960s linked to declines in bald eagles and other birds. They said neonics are dangerous to all sorts of insects, even ladybugs. University of Illinois bee expert Sydney Cameron and other scientists said those comparisons aren't right because neonics don't stay in an animal's system like DDT did and are applied to seeds and not sprayed in mass quantities.

"This is an important paper if for no other reason that it will attract a great deal of attention to the mounting problem of worldwide dependence on agrochemicals, the side effects of which we know relatively little," Cameron said in an email. She wasn't part of the study.

One side benefit of collecting honey is that researchers could sample some. Mitchell's favorite is a dark and bitter honey from Africa. He called the honey fantastic, but added "I couldn't eat it all the time. It was just too strong."