Even One Infected Chicken Could Have a Global Impact

Industry experts and Sanderson Farms weigh in on the impact of Avian Influenza across the poultry industry. 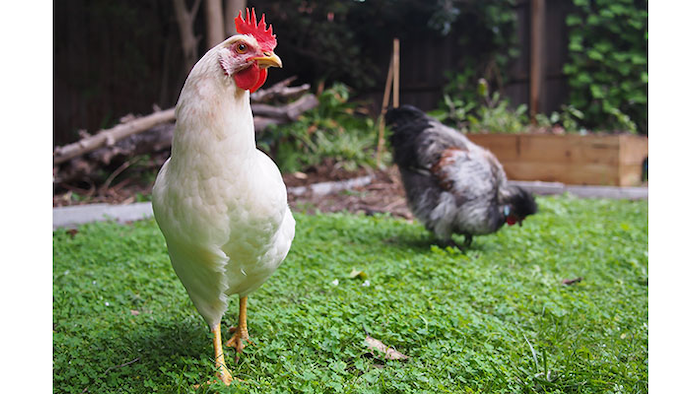 LAUREL, Miss., March 23, 2017 (PRNewswire) — With the USDA's confirmation of Avian Influenza in southern Tennessee, Alabama, and now Kentucky, the virus has struck the United States for the fourth year in a row. Since the first reported case in 2014, over 40 million chickens and turkeys have died or been euthanized across 15 states in the U.S. Until recently, the last highly pathogenic bird flu was found in a commercial turkey flock in Indiana in January 2016.

According to the World Organization for Animal Health, 13 strains of Avian Influenza were detected in 77 countries between January 2014 and December 2016. After the outbreak two years ago, Mexico and Canada introduced state or regional bans on U.S. broiler exports, and China imposed a national ban. With news of the recent outbreak, Hong Kong, South Korea and Taiwan have all halted import of U.S. poultry.

"Even one infected chicken house could have a global impact," said Mark Leggett, president of the Mississippi Poultry Association. "One of the worst impacts from the bird flu in the U.S. is the impact on global trade. We export a large percentage of poultry products to other countries around the world."

The USDA's National Veterinary Services Laboratories (NVSL) cautioned the public that the strain of Avian Influenza experienced in Tennessee is not the same as the H7N9 virus that has impacted poultry and infected humans in China and across Asia.

"Fortunately, there have been no reported cases of strains of Avian Influenza affecting humans in the U.S. as a result of the recent outbreak. In fact, all poultry flocks in the United States are tested prior to processing to make sure they are healthy and free of any virus," Leggett continued. "American consumers have a high degree of confidence in the safety of our food supply, and that confidence is well placed."

When outbreaks of Avian Influenza occur, state and federal agencies, as well as industry representatives and wildlife experts, work together quickly to review and modify biosecurity methods that are in place.

"Within every state that we operate, Texas, Georgia, Mississippi and North Carolina, there are both state and federal plans in place in the event of a reported infection," said Dr. Phil Stayer, Corporate Veterinarian for Sanderson Farms, the country's third largest poultry producer. "All state plans must meet the federal minimum standard; however, Sanderson Farms goes well above and beyond the federal minimum standard."

Since 2014, Sanderson Farms has been sending frequent communications to its employees and growers to remind them of the risk of bird flu and stress the importance of strict adherence to the company's biosecurity measures. Many companies within the industry have taken great strides to ensure the strictest biosecurity methods and precautions are in place to protect flocks from infectious diseases.

"Previously, we thought the virus was primarily spread by coming up the driveway, transmitted from farm-to-farm by service vehicles and on equipment. Now, we realize it's spread as waterfowl fly overhead, meaning it can easily be picked up by simply walking across the yard through duck droppings," said Stayer. "This means we have had to change our entire mindset from farm-by-farm, to house-by-house.  All of which means much tighter security."

Understanding how the virus is transmitted has played a major role in establishing biosecurity measures and developing response plans.

"This particular strain of bird flu affects all bird species who contract the virus and most birds that get it will get sick and die. However, waterfowl like geese and ducks don't necessarily get sick and can carry the virus for longer periods of time and from place to place as they migrate," said Dr. Kenneth Angel with USDA's Veterinary Services for Louisiana and Mississippi.

"Other birds can get the virus, but they don't spread the virus long distances because they get too sick to fly, while some are able to spread the virus on their feet or feathers without actually becoming sick.

"We know that waterfowl are the main carriers of the virus, so that is where we are concentrating our efforts. We also know the virus does not survive well in hot temperatures, which accounts for why we do not see large outbreaks during the summer months in the southern portion of the U.S."

Houston Havens, Mississippi Department of Wildlife Fisheries and Parks Waterfowl Program Leader, said, "The South is just starting to see some of the early migrants. Migration varies by species and other variables. Weather will play a large role in the intensity of migration. Birds can tolerate the cold, but long periods of extended cold weather up north, and snow that covers food and other resources, will cue up more birds to head south to overwinter."

According to the CDC, "humans can be infected with avian and other zoonotic influenza viruses, such as avian influenza virus subtypes A(H5N1), A(H7N9), and A(H9N2) but infections are rare and acquired through direct contact with infected animals or contaminated environments, but do not result in efficient transmission of these viruses between people. There is no evidence that avian influenza viruses can infect humans through properly cooked food." State and federal ag officials say the strains of bird flu that have sickened the Tennessee chickens do not pose a threat to the food supply.

Sanderson Farms, Inc., founded in 1947, is engaged in the production, processing, marketing and distribution of fresh and frozen chicken and other prepared food items. Employing more than 13,000 employees in operations spanning five states and 13 different cities, Sanderson Farms is the third largest poultry producer in the United States. As a company, Sanderson Farms is committed to adopting a fresh approach in everything that we do. Not only where products are concerned, but companywide as well. Though the company has grown in size, it still adheres to the same hometown values of honesty, integrity and innovation that were established when the Sanderson family founded the company back in 1947.