A federal judge this week struck down a New Mexico county's fracking ban in one of a growing number of regulatory fights over the controversial method of extracting natural gas and oil reserves from deep rock underground. 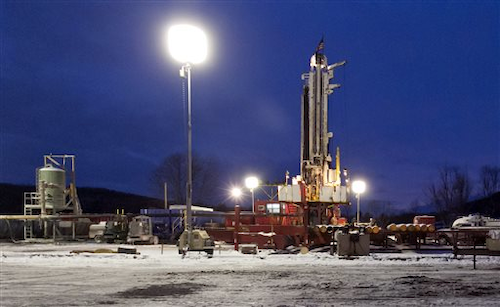 A federal judge this week struck down a New Mexico county's fracking ban in one of a growing number of regulatory fights over the controversial method of extracting natural gas and oil from deep rock underground.

U.S. District Judge James Browning ruled Mora County's 2013 ban on oil and gas drilling is unconstitutional, prohibiting corporate activities protected by the First Amendment. Browning's order also said the ban violates state law and that it could not be enforced on lands owned by the state.

Numerous local governments have moved to restrict hydraulic fracturing in recent years — including two counties neighboring Mora County in northern New Mexico — but Mora County officials went further, approving an outright ban on fracking with language crafted by an attorney with the Pennsylvania-based Community Environmental Legal Defense Fund. The group said the county was the first in the nation to do so.

Browning ruled the measure exceeded Mora County's prior legislative efforts "to deprive corporations of their rights."

The county is far from the only local jurisdiction to face a legal challenge after approving fracking regulations.

The city of Longmont, Colorado, last week asked that state's appeals court to reverse a lower court ruling and reinstate its fracking ban, one of several such bans to meet opposition from energy companies, industry groups or state officials. Mora County, for example, was sued by two individuals and SWEPI, a subsidiary of petroleum giant Royal Dutch Shell.

Energy industry attorneys argue the local bans are illegal, while industry officials characterize the efforts as the work of a handful of activists stirring up fears about an otherwise clean, safe practice.

Fracking opponents remain passionate — claiming it poses threats to human health and the environment. Despite the legal wrangling in New Mexico, anti-frackers have other recent victories that are likely to spur their efforts on.

New York became the first state with significant natural gas resources to ban fracking last year, a move that has sparked renewed efforts in states like California, Maryland and Pennsylvania to similarly ban the practice.

Back in New Mexico, the Community Environmental Legal Defense Fund said it is considering an appeal after arguing in court that the public's rights should outweigh corporations' First Amendment rights as established in the U.S. Supreme Court's 2010 Citizens United v. FEC decision.

Browning, in his decision, wrote corporations "are persons for constitutional purposes," before adding that "they still are not real human beings, deserving of respect and dignity."