The two men were convicted in San Francisco of stealing Delaware-based DuPont Co.'s method for making titanium dioxide, a chemical that fetches $17 billion a year in sales worldwide. 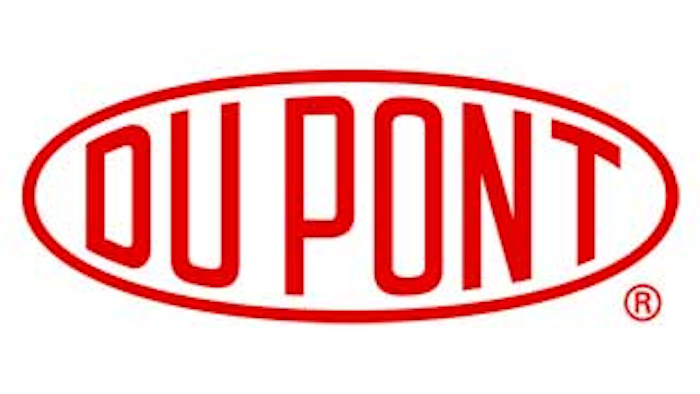 SAN FRANCISCO (AP) — Two men were convicted Wednesday of stealing an American company's secret recipe for making a chemical used to whiten products from cars to the middle of Oreo cookies and selling it to a competitor controlled by the Chinese government.

The four-man, eight-woman federal jury found Robert Maegerle, 78, and Walter Liew, 56, guilty of economic espionage and each could face 15 years or more in prison and hundreds of thousands of dollars in fines.

"He has received millions of dollars from the People's Republic of China that remains unaccounted for," White said. "That's a lot of money that could help someone flee."

"We are very disappointed," Gasner said in a prepared statement. "Walter Liew is a good man in whom we believe and for whom we will continue to fight."

The two men were convicted in San Francisco of stealing Delaware-based DuPont Co.'s method for making titanium dioxide, a chemical that fetches $17 billion a year in sales worldwide.

Federal prosecutors said Liew and his wife, Christina Liew, launched a small California company in the 1990s aimed at exploiting China's desperate desire to build a DuPont-like factory to make the chemical.

The couple recruited former DuPont scientists with the single-minded goal of winning Chinese contracts. Maegerle worked for DuPont from 1956 to 1991 before joining the Liews. Prosecutors said he provided the Liews with detailed information about DuPont's Taiwan factory.

Tze Chao, another former DuPont scientist who worked with the Liews, pleaded guilty in 2012 to conspiracy to commit economic espionage and will be sentenced later. Tim Spitler, a former DuPont engineer linked to the case, committed suicide.

A trial for Christina Liew is scheduled for later this year.

Prosecutors say Walter Liew received more than $20 million from the Chinese company Pangang Group for efforts started in the 1990s to deliver the recipe to China.

Maegerle remained free on bond pending his sentencing scheduled for June 10. He declined to comment as he left court. He could face a maximum of 15 years in prison.

The defendants had argued that the Chinese obtained the information from public sources, such as expired patents, and nothing was stolen from DuPont.

However, DuPont spokesman Daniel Turner said "the verdict underscores the consequences faced by those who steal trade secrets." He added that the company will continue to take aggressive steps to preserve its technological edge, including cooperating with governments and law enforcement agencies around the world.

In addition to economic espionage, Liew was also found guilty of witness tampering, filing false tax returns and bankruptcy fraud. He could face a maximum of 20 years in prison.

The tampering charge stems from a 2011 raid by the FBI on the Liews' home in Orinda, a tony suburb about 20 miles east of San Francisco. While seizing thousands of pages of documents, the FBI confronted Christina Liew about a key to a safe deposit box.

In Mandarin Chinese, her husband admonished her to deny any knowledge of the key, and she did. The FBI didn't disclose that one of its agents spoke fluent Mandarin.

Agents then followed Christina Liew to an Oakland bank that contained the box in question. It contained a "trove" of incriminating documents, according to prosecutors.

The rare criminal economic espionage case began when a disgruntled former employee of Liew wrote DuPont a letter about the Liews' efforts to secure its trade secrets. DuPont contacted the FBI, which launched an investigation.

DuPont also filed a lawsuit against the Liews and their company.

Testimony and court documents showed that China buys more titanium dioxide from the West than it makes domestically and that Chinese communist leaders had decreed that duplicating — or obtaining — DuPont's manufacturing method was a national economic and scientific imperative.

DuPont's patented manufacturing method, while still dangerous, dirty and complicated, is nonetheless still cleaner and quicker than the outdated production method employed by Chinese factories. DuPont controls 20 percent of the global market for the chemical.

Prosecutors said DuPont was unwilling to sell its method to China, so it was stolen and sent to a company called Pangang Group Co. Ltd., according to testimony during the diplomatically dicey proceedings. The jury heard six weeks of testimony.

Prosecutors alleged that Pangang's factory is the only facility inside China known to be producing titanium oxide the DuPont way, which uses chlorination.