Ex-Montana Gov. Gets Seat on Stillwater Board 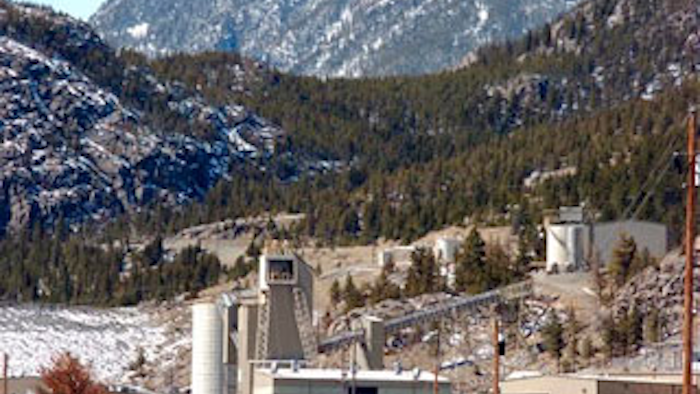 But the shareholders also re-elected four current board members, including CEO Frank McAllister, meaning the two sides now have even numbers and will be forced to work together after an acrimonious struggle for control of the company.

Schweitzer and the Clinton Group, a New York hedge fund that spearheaded the takeover bid, charged that Stillwater's pursuit of costly foreign mining ventures under McAllister's leadership put more than 1,600 Stillwater jobs at risk and detracted from its core business of platinum and palladium mining.

McAllister countered that the dissidents wanted to take over the company on the cheap, even as it's poised to expand production at its two precious metals mines in the Beartooth Mountains north of Yellowstone National Park.

The aggressive maneuvering for shareholders' votes in the lead-up to Thursday's decision was in many ways reminiscent of a political election, complete with dueling public relations campaigns that included sharp personal attacks by both sides. For Schweitzer, it could be a prelude to a possible run to replace U.S. Sen. Max Baucus, a fellow Democrat who announced last month he's stepping down in 2014 after six terms.

Schweitzer said after the vote, which still must be certified, that electing four members of the dissident group was a "huge victory."

Earlier, Schweitzer's side rejected a proposed settlement to split the board evenly and avoid a vote. The former governor said before the vote that nothing short of McAllister's ouster would be acceptable for his side.

An evenly split board would offer "the worst governance you could imagine," he said then.

But with the shareholder vote effectively producing the same result, Schweitzer said afterward that he was willing to work with the McAllister and the other returning directors for the good of the company.

The main point of contention between the two sides was the company's 2011 decision to pay $450 million for a vast reserve of copper in Argentina, which has been panned by many investors and analysts because of political uncertainty in the country and the billions of dollars that would be needed to build a mine.

McAllister will remain at the helm of the company for now but said he expects a transition to a new CEO in the future. He did not give a timeline for the change and said it would be up to the entire board.

McAllister said the message from shareholders was clear: Stay focused on the Montana platinum and palladium mines and figure out a way to maximize the value of its holdings in Argentina.

The new and returning board members gathered briefly after Thursday's meeting and will convene formally in coming weeks once the election has been certified. McAllister said he expected the directors to cooperate once that happens. "We are all professionals and I would expect that to be the case going forward," he said.

The current board members who were re-elected are McAllister, George Bee, Michael Parrett and Gary Sugar.

The Clinton Group controls roughly 1 percent of Stillwater stock. But its bid to oust a majority of Stillwater's eight-member board was bolstered by support from two investment research firms, whose recommendations carry sway over large institutional investors that had large enough stakes in the company to decide the matter.

Stillwater runs the only platinum and palladium mines in the United States. The company reported a net income of $43 million in 2012 based on revenue of $800 million.

Analyst John Bridges, with JPMorgan Chase & Co., said before the vote that the best outcome for shareholders would be the re-election of at least some current board members, given their knowledge of precious metals mining.

Yet Bridges added that the company's board and management should face "consequences" over the decision on the Argentina copper reserves. A second foreign acquisition, the Marathon palladium reserves in Ontario, is considered more promising.

"The shareholders are not happy with the way things have developed," Bridges said of Stillwater's acquisition in Argentina. "We don't really want to have the stock bouncing around like a yo-yo. To the extent it's focused on precious metals, its valuation should improve."

Stillwater shares climbed 23 cents, or 2 percent, to $12.05 Thursday before the voting results were announced.