Crews made their first trip into the federal government's underground nuclear waste dump in southeastern New Mexico on Wednesday to begin investigating a radiation release in February that contaminated 21 workers, the U.S. Department of Energy said. 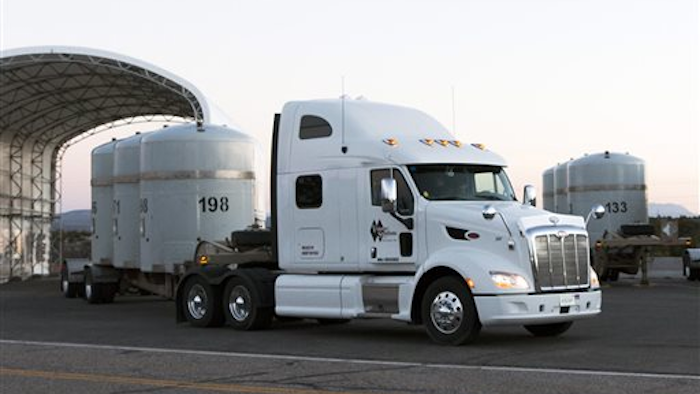 CARLSBAD, N.M. (AP) — Crews made their first trip into the federal government's underground nuclear waste dump in southeastern New Mexico on Wednesday to begin investigating a radiation release in February that contaminated 21 workers, the U.S. Department of Energy said.

Two crews of eight made the initial descent into the half-mile deep Waste Isolation Pilot Plant near Carlsbad, and no airborne radiation was detected, the agency said.

Officials called the entries a critical first step toward figuring out what caused the leak. But they said more expanded trips will be needed to continue the probe and assess the extent of damage.

Shipments to the dump were halted Feb. 5 after a truck hauling salt in the mine and repository caught fire. The dump was shuttered nine days later after the mysterious leak sent low levels of radiation into the air.

A series of safety shortcomings were cited by a team that investigated the truck fire. But crews had been unable to get underground after the radiation release to find the source of the leak and determine if the incidents are related.

Also Wednesday, Los Alamos National Laboratory said its first shipment of waste made it to west Texas for temporary storage until the Waste Isolation Pilot Plant can reopen. Los Alamos is under a tight deadline to getnuclear waste off its northern New Mexico campus before wildfire season peaks, and the New Mexico dump is the federal government's only permanent repository for waste from decades of nuclear-bomb building

The dump's closure left federal officials scrambling to find an alternative for the last of nearly 4,000 barrels of plutonium-contaminated tools that Los Alamos has promised to have removed from outdoor storage on its northern New Mexico campus by the end of June.

The state of New Mexico pressured Los Alamos to speed up removal of the waste after a massive wildfire in 2011 lapped at the edges of lab property. Los Alamos said about 100 shipments remain, and it hopes to send about 10 a week until the waste is cleared.