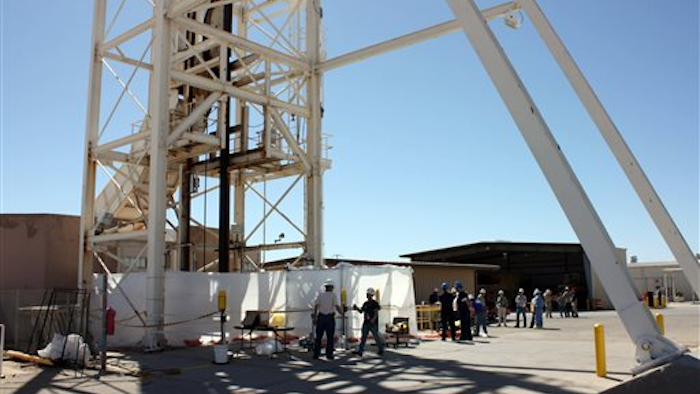 Officials also said Monday that they're planning to get a crew underground Tuesday for the first time since the Valentine's Day accident at the Waste Isolation Pilot Plant in southeastern New Mexico.

The DOE says a total of 21 workers received low doses of radiation, all well below levels deemed unsafe.

On Tuesday, the DOE said it plans to send a team of team of eight experts into the half-mile deep mine to begin setting up bases from which they can start investigating what caused the leak.

The dump is the nation's only permanent underground repository for low-level radioactive waste from nuclear weapons facilities.