The transfer of power at the Cecil company's annual meeting put DeIuliis in charge of a quickly transforming company. In the past two years, Consol Energy Inc. sold off more than half of its coal mines and its barge business, replaced its top-level management, cut company headcount by 30 percent and repositioned itself as an exploration and production company first and foremost. 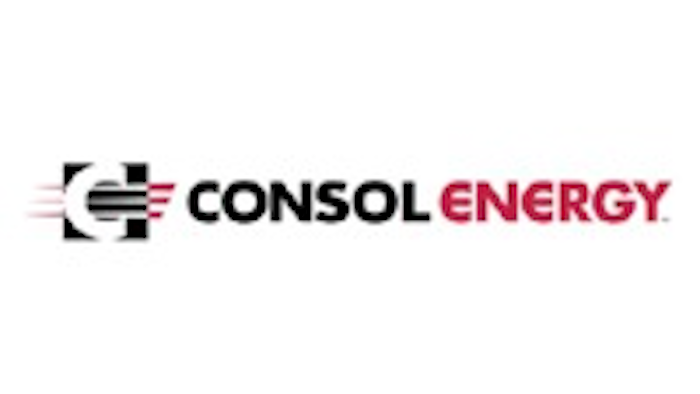 Foretold for years, the transfer of power at the Cecil company's annual meeting put DeIuliis in charge of a quickly transforming company. In the past two years, Consol Energy Inc. sold off more than half of its coal mines and its barge business, replaced its top-level management, cut company headcount by 30 percent, and repositioned itself as an exploration and production company first and foremost.

"The talent that we had was the best talent that (one) could possibly hope for, for what we were," DeIuliis said.

But company leaders, like good hockey players, need to be where the puck is going, not where it is today.

"It's a very different skill set," he said.

The transformation is reaching into all corners of the company. No longer will Consol allocate capital to each development project according to "its share," DeIuliis said. Instead, it will be assembling teams responsible for developing projects in different areas and those teams will compete for capital.

The Marcellus Shale, for example, will likely have a north team and a south team, each comprised of land-men, geologists and people for drilling, fracking and marketing. The same will be true for the company's pursuits in the Utica Shale, as well as its coal-bed methane and coal operations.

"That's how we'll come up with an optimal plan for the year, and for three years, and for five years," DeIuliis said.

The competing teams' concept is more standard in larger companies, such as Royal Dutch Shell, for example. It also typically pits projects in different basins against each other.

But DeIuliis said with the Marcellus and the Utica varying in hydrocarbons and economics across their spans, it makes more sense to treat them as clusters of distinct opportunities.

Consol is also in the midst of cutting the number of suppliers and service companies with which it contracts. There's no specific target for the number of vendors the company thinks would be ideal, but it is bound to be below the current 3,000, DeIuliis said.

"That's everything from law firms to people in the field," he said. "We've gone through this massive evolution here over the past couple of years, and now it's time to start looking at other areas that feed into support."

DeIuliis said the company plans to announce during its second-quarter earnings call what path it will pursue to squeeze more value out of its midstream assets.

Consol has been considering whether it should sell, keep or spin out as a master limited partnership its gathering pipelines and processing facilities for Marcellus gas. It wants to retain the security of having somewhere to put its gas, but in a way that adds value to its share price, which the current arrangement doesn't, DeIuliis said.

Whatever the company decides, a deal involving those assets will close before the end of the year, he said.

Consol shareholders Wednesday approved the appointment of directors nominated to the company's board, voted in favor of the proposed executive compensation packages, and appointed Ernst & Young as its auditor.

Three shareholder resolutions did not garner a majority of votes. The proposals asked the company to more thoroughly disclose its political spending (12 percent approval); to produce a climate report explaining how Consol is planning for possible fossil fuel sanctions that would strain, at the very least, the coal portion of its portfolio (15 percent); and to elect an independent chairman to its board of directors (40 percent). For the next year, that position will be held by Harvey.

"The presence of former CEOs, who tend to remain significantly involved in running the company, makes it difficult for a new CEO to review and change past strategies," said Michelle Taylor, manager of corporate governance and proxy voting with the New York State Comptroller's office. Taylor flew to Pittsburgh to read the resolutions, as required by the SEC, even though the votes against them had already been cast.

"It's common sense. The role of the board is to oversee the CEO," she said. "There is an irresolvable conflict of interest when the overseen is in charge of the overseer. The consequences can include higher executive compensation, lower shareholder returns over the long term, more aggressive risk-taking and ultimately less sustainable companies."

Harvey, who exchanged smiles with members of the audience during Taylor's pitch, took to the podium one last time after a quarter-century as the company's CEO.