OPEC oil ministers reached quick agreement Friday on keeping output targets steady but deferred solutions on how to deal with surging U.S. shale oil production and internal rivalries denting the organization's image of unity. The 12-nation oil cartel's decision on keeping the status quo on production of 30 million barrels a day was expected. 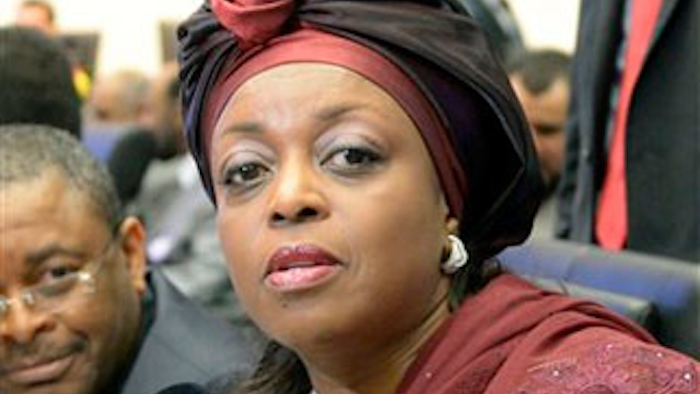 The 12-nation oil cartel's decision on keeping the status quo on production of 30 million barrels a day was expected. The price for internationally traded benchmark oil is over $100 barrels a day, level most OPEC countries are happy with.

That's not the case for OPEC's customers. With Europe fighting a stubborn economic downturn and recovery weak in many other parts of the globe, most governments consider oil pricey, as do consumers at the gas pump.

But OPEC Secretary General Abdullah Al-Badry said much of the end price was due to add-ons beyond producers' control.

"'You fill your tank with cost of oil plus taxes," he told reporters. "If governments want to.... do something to the price, they should reduce their taxes."

In a post-meeting statement, the ministers suggested they could hold an emergency meeting on reducing output should market prices fall substantially. Analysts, however, said such a sharp drop in the markets was unlikely in the short run, despite generally tepid global economic growth.

"Geopolitical tensions are holding the price of oil high," said John Hall of Alfa Energy, alluding to turmoil in Syria and tensions over the nuclear program of OPEC member Iran. "OPEC doesn't have to act; the market is acting for it."

Beyond prices and output, the Organization of the Petroleum Exporting Countries faces more complex issues.

The rise in shale oil production in the U.S., the world's biggest economy, has an impact on OPEC as the country remains a main market for OPEC. Shale oil, which is extracted from rocks using heat, helped lift the U.S.'s total output to a daily 7.4 million barrels per day this month.

The Paris-based International Energy Agency says it could top 9 million barrels a day by 2018, which would mean near self-sufficiency for the U.S. as well as significantly less dependence on OPEC imports. It would also swell the U.S. influence on prices that OPEC polices have largely determined in the past.

OPEC powerhouse Saudi Arabia and its Gulf partners have the strength to adjust to cheaper oil prices. Saudi Oil Minister Ali Naimi on Friday called the extra supply from the United States "a welcome addition to the world."

Others, such as Iran, Venezuela and some African producers, disagree, saying they need the price of oil above $100 a barrel to do business.

"We're very concerned, not just for Nigeria but for Africa as a whole," said Diezani Alison-Madueke, Nigeria's minister of petroleum resources. "Africa does need to have its exports continuously going out, particularly to important export destinations such as the U.S."

Sana Abid, an analyst with KBC Energy Economics, said the differing Saudi-Nigerian point of view reflected the "scope for discord" that could hurt the image of OPEC as acting with one voice on oil issues.

"When the stakes are raised, everyone follows their own interests, and shale oil just amplifies this," she said.

Iran is losing hundreds of thousands of barrels a day in oil sales due to international embargoes related to its nuclear program. The country is angry that Saudi Arabia has sought to plug the gap left by overproducing.

Saudi-Iranian rivalries also continue to stymie OPEC attempts to appoint a new secretary-general, who is the organization's voice between ministerial meetings.

"If you are Saudi you don't want Iran or vice versa," she said. "The two are in classic competition for hegemony in the region."

With Iraq oil production rebounding from wartime devastation, the Saudis were also concerned about Baghdad's candidacy because of fears Iraq could soon threaten Saudi production supremacy, she said.

Iran is hurting under a U.S.-led embargo on oil sales meant to force it to curb its nuclear activities. But Iranian Oil Minister Rostam Ghasemi shrugged off the effects of sanctions, claiming that a drop in crude exports was being made up for by international sales of gasoline and other refined products.

But Ghasemi told reporters that "production has not changed," although he did not specify what time period he was talking about.