Federal land managers have begun evaluating a proposal to expand an east-central Wyoming oil and gas field with up to 5,000 new wells, asking for public comment on the project. 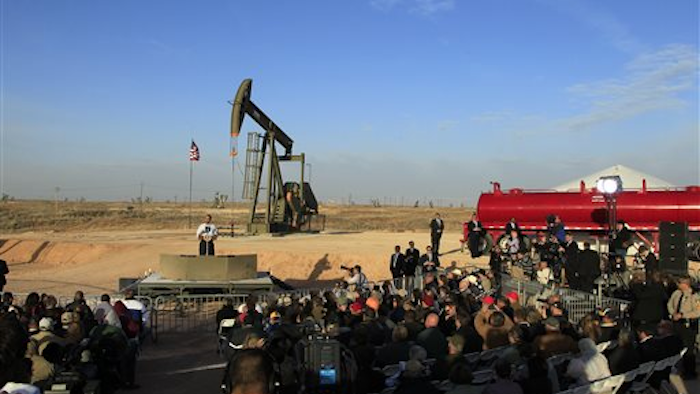 CHEYENNE, Wyo. (AP) — Federal land managers have begun evaluating a proposal to expand an east-central Wyoming oil and gas field with up to 5,000 new wells, asking for public comment on the project.

The Bureau of Land Management published a formal notice in the Federal Register on Friday that energy companies want to drill the wells over a 10-year period on more than 2,300 square miles in Converse County.

The area currently has about 1,100 active wells, the companies said in their proposal.

Meetings to get public comment on issues surrounding the project will be held in Casper, Douglas and Glenrock, agency officials said. Dates haven't been set.

About 83 percent of the land identified for the project is privately owned, the companies' proposal said.

The federal government owns the mineral rights under about 65 percent of the land, the plan said. The other owners of mineral rights are described only as non-federal entities.

Joe Meyer, acting manager for the BLM's High Plains District, said it will likely take at least three years to get through the public meetings, write an environmental impact statement and issue a final decision.

The project could hurt the struggling sage grouse population in the area, Erik Molvar, a wildlife biologist with WildEarth Guardians, said in a press release.

The U.S. Fish and Wildlife Service is expected to announce next year whether the bird should be listed as endangered, which would bring land-use restrictions. Wyoming and other states are trying to develop conservation strategies to protect the sage grouse and avoid those restrictions.

Meyer said the effects on the sage grouse would be considered in the environmental impact statement.

Jill Morrison of the Powder River Basin Resource Council, a Sheridan-based environmental group, said she hopes the BLM opts for a phased-in approach to the new wells rather than approving all the drilling at once.

She said the group will be monitoring and commenting on the project's impacts on air and water pollution, public health, traffic and other concerns.