The site of one of the largest crude oil pipeline spills in Minnesota is still producing significant discoveries for researchers three decades later. 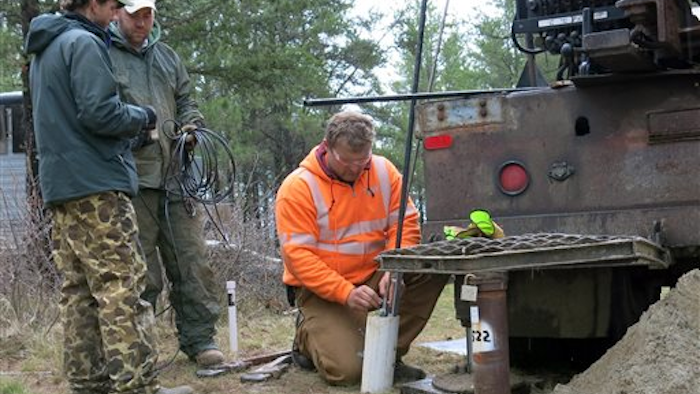 BEMIDJI, Minn. (AP) — The site of one of the largest crude oil pipeline spills in Minnesota is still producing significant discoveries for researchers three decades later.

A Lakehead Co. pipeline northwest of Bemidji split on Aug. 20, 1979, and released about 440,000 gallons of crude oil. Today, the site attracts scientists from around the world who are collecting data from sensors that sample soil, water and air.

Scientists are working to learn more about oil-eating microbes. They've found the bacteria that breaks down oil is everywhere, even in the northern Minnesota.

"These microbes are there in very small quantities until 'whoa, let's have a party, we have food, we have carbon to eat,'" said Jared Trost, a hydrologist with the U.S. Geological Survey who helps manage the site.

Enbridge Inc. has provided financial support for the research site. The company owns five pipelines that run through the area.

About 10 years ago, the Minnesota Pollution Control Agency proposed a plan to make Enbridge clean up the site. Researchers opposed the cleanup and presented the agency with a choice, said Stephen Lee, an emergency response manager for the agency.

"Continue this world-class research that will benefit cleanups for generations to come or have Enbridge Pipeline dig one heck of a hole and dig that all out and fill it up with sand," he said. "And we chose to pursue the research."

The oil underground doesn't threaten drinking water supplies, Lee said, because it is in an isolated area and the contamination isn't spreading. Researchers also learned the oil didn't travel as far underground as expected.

Trost said much of the research now is shifting toward techniques to track underground oil without drilling dozens of expensive wells. Scientists also are working to learn more about the microbes that like to eat oil, research that could help improve future oil cleanup.