Marathon Oil is selling its Norwegian business to Det Norske Oljeselskap ASA in a deal valued at about $2.7 billion as it streamlines operations and hones its focus on the U.S. 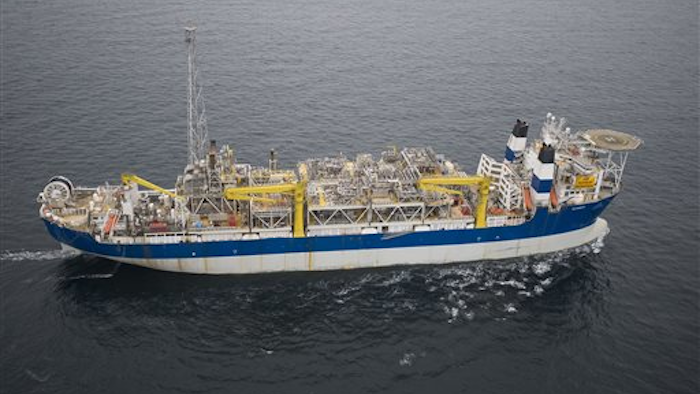 HOUSTON (AP) — Marathon Oil is selling its Norwegian business to Det Norske Oljeselskap ASA in a deal valued at about $2.7 billion as it streamlines operations and hones its focus on the U.S.

Det Norske is buying the subsidiary Marathon Oil Norge AS, which comes with the Alvheim floating production, storage and offloading vessel, 10 company-run licenses and some non-operated licenses on the Norwegian Continental Shelf in the North Sea. Last year's net production in Norway averaged approximately 80,000 barrels of oil equivalent per day.

Marathon anticipates approximately $2.1 billion in net proceeds from the sale, after adjusting for debt, net working capital and interest.

ConocoPhillips and Marathon, both one-time oil majors, have made sizeable changes due to both the difficulty in which new energy sources can be found abroad, and changes in drilling technology that has made more gas and oil available at home.

ConocoPhillips completed a spin-off of its refining business in 2012 a year after Marathon effectively split in two by doing the same.

ConocoPhillips plans to spend as much as $3 billion over the next several years in the Bakken and Eagle Ford oil and gas fields in the U.S.

The company plans to use proceeds from the Norwegian sale to accelerate activity in the U.S. and for additional stock buybacks, Tillman said Monday.

Marathon had been shopping its U.K. North Sea business as well, but said Monday that it had not receive an acceptable offer, and would hold on to those assets.

The sale of the Norwegian assets is expected to close in the fourth quarter.

Shares of Marathon Oil Corp. are up almost 4 percent over the last year and at Friday's closing price of $36.66, they are approaching all-time highs reached in 2007, when energy prices were streaking toward record levels.