Officials approved plans Friday to spend $627 million on 44 projects meant to aid recovery from the 2010 oil spill in the Gulf of Mexico, but environmentalists are fuming that $58 million will go to an Alabama beachfront hotel they say will hurt rather than help the Gulf. 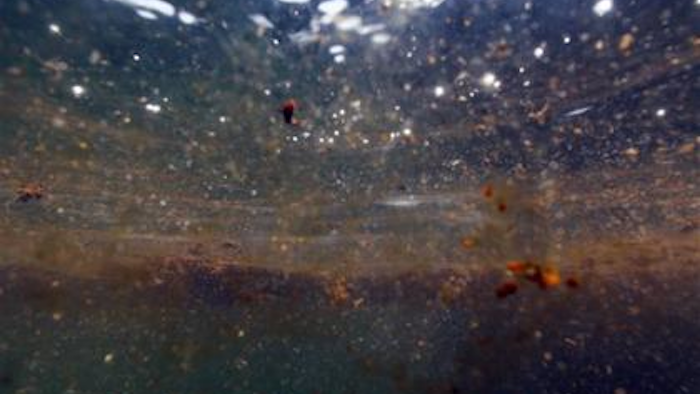 JACKSON, Miss. (AP) — Officials approved plans Friday to spend $627 million on 44 projects meant to aid recovery from the 2010 oil spill in the Gulf of Mexico, but environmentalists are fuming that $58 million will go to an Alabama beachfront hotel they say will hurt rather than help the Gulf.

BP PLC provided $1 billion in 2011 as a coastal restoration down payment following the Deepwater Horizon spill. The money is meant to restore the environment or improve public access to the Gulf.

Trustees, including the five Gulf states and four federal agencies, had to reach consensus on the plan. Two earlier phases totaling $71 million were already approved, and BP will likely have to pay more after environmental fines are levied.

There's also a $65 million series of "living shorelines" projects in Alabama, Florida and Mississippi aimed at reducing erosion, creating oyster reefs and restoring marshes. The largest of those is a $50 million, 6-mile breakwater of stone and oyster shell in Mississippi's Heron Bay.

Environmentalists remain unhappy about Alabama's plans to spend $85.5 million at its Gulf State Park in Gulf Shores. Some of that money will help restore 50 acres of dunes at the park. But $58 million will go toward replacing a beachfront hotel that was destroyed by 2004's Hurricane Ivan and building a conference center. State officials have long sought such a development to encourage more convention business.

The trustees, in their final report, rejected claims that the state park hotel would hurt the environment, saying construction would be confined to the disturbed area where the former hotel stood. They wrote that the "project represents a significant step toward replacing the substantial recreational services lost during the oil spill." They also asserted it would not need a separate environmental impact statement, despite concerns that its construction might harm endangered beach mice and sea turtles.

"We are disappointed," she said. "We don't think they fully addressed all the environmental concerns we have raised numerous times."

An Alabama official did not respond to requests for comment Friday.

Like Alabama, Florida is spending most of its money on enhancing recreation. Ashley Williams, a spokeswoman for the Florida Department of Environmental Protection, called it appropriate.

"All the projects have to have a nexus to the spill," she said. "Florida's greatest impact was lost human use."

About $300 million of BP's $1 billion remains, raising questions about whether more projects will be approved before BP and the federal government agree how much the company must pay for environmental and recreational damage. The Natural Resource Damage Assessment process is separate from Clean Water Act fines, but agreements on both could be reached in a comprehensive settlement.

The $18.6 million in projects approved Friday are the first for Texas, even though each state has $100 million to spend.

"My sense is that we will have an additional phase or phases of early restoration and all of the trustees remain committed to spending all of the $1 billion," said Tom Harvey, a spokesman for the Texas Parks & Wildlife Department.