North Carolina Gov. Pat McCrory denied he had any talks with Duke Energy executives or lobbyists about his administration's scuttled deal to settle environmental violations at two of the $50 billion company's coal ash dumps for $99,000. 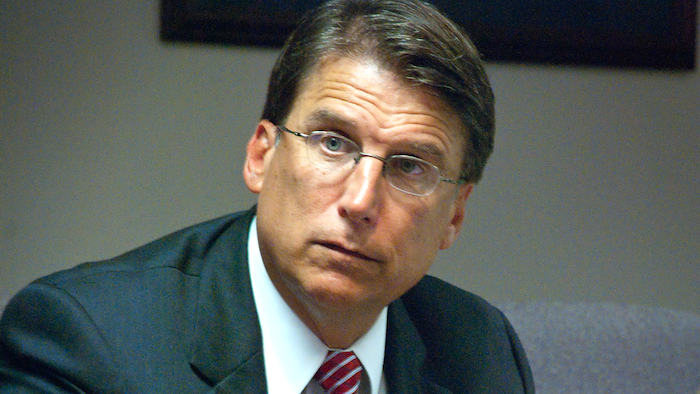 RALEIGH, N.C. (AP) — North Carolina Gov. Pat McCrory denied Friday he had any talks with Duke Energy executives or lobbyists about his administration's scuttled deal to settle environmental violations at two of the $50 billion company's coal ash dumps for $99,000.

McCrory was asked about the agreement at a public event after his office had not responded to questions from The Associated Press.

Federal prosecutors on Monday served the N.C. Department of Environment and Natural Resources and Duke with grand jury subpoenas demanding records as part of a federal investigation into the spill, which contaminated the river so badly the state has advised against prolonged contact with the water or eating fish.

"I have had no conversations with Duke Energy about the lawsuits or about the federal action," McCrory said.

Lawyers for the state environmental agency pulled the deal from consideration after last week's massive coal ash spill into the Dan River. Environmentalists opposed the proposed agreement, which they described as a sweetheart deal that would have done nothing to require the nation's largest electricity provider to clean up its toxic dumps.

McCrory worked at Duke 28 years before retiring to make his first run for governor in 2008. In that time, campaign finance reports show Duke Energy, its political action committee, executives and their immediate families have donated at least $1.1 million to McCrory's campaign and affiliated groups that spent on TV ads, mailings and events to support him.

On a state ethics form last year, McCrory indicated that his investment portfolio includes holdings of Duke stock valued in excess of $10,000, though he is not obligated to disclose the specific amount.

Asked Friday if he would voluntarily disclose the total amount of his investment in the company, McCrory suggested his holdings were part of his 401K from his years at Duke. But he did not reveal the full value of his stake.

As governor, McCrory has the authority to make numerous decisions that could affect Duke's bottom line, including making appointments at the North Carolina Utilities Commission that approves the rates charged for electricity in the state. After taking office last year, he appointed former Duke employees like himself to key posts, including state Commerce Secretary Sharon Decker.

His appointee to oversee the state environmental department that regulates emissions from Duke's power plants, Raleigh businessman John Skvarla, describes the agency's role as being a "partner" to those it regulates, whom he refers to as "customers."

McCrory said Friday he sees no conflict of interest in his role as elected official and corporate shareholder.

"In my 14 years as mayor of Charlotte and my one year as governor, I separate my job as governor," he said. "I'm very proud of the job we've done as governor, and that regards to any company in North Carolina."