A new study estimates nearly 270,000 tons of plastic is floating in the world's oceans. Studying the amount of plastic in the ocean will help scientists understand how the material is affecting fish, seabirds and the larger marine ecosystem. 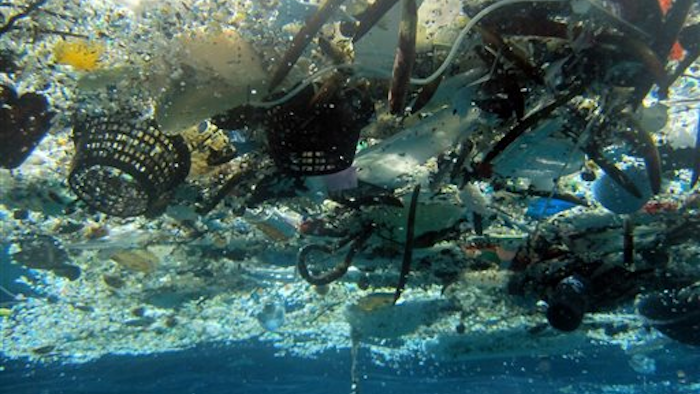 A new study estimates nearly 270,000 tons of plastic is floating in the world's oceans.

The study in the scientific journal PLOS ONE says the plastic is broken up into more than 5 trillion pieces. Together, it enough to fill more than 38,500 garbage trucks.

And that's just the plastic floating on the surface. Plastic that's sunk to the ocean floor wasn't included.

Studying the amount of plastic in the ocean will help scientists understand how the material is affecting fish, seabirds and the larger marine ecosystem.

Kara Lavender Law of the Sea Education Association in Woods Hole, Mass., who wasn't involved in the study, says little is known right now about how plastic ingested by creatures at lower levels of the food chain might be passed along. But she says studies like this might eventually help answer the question: "Am I being poisoned by eating the fish on my plate?"