Louisiana State Police say a reported explosion has started a fire at a chemical plant.Capt. Doug Cain says the fire broke out Thursday morning at The Williams Companies Inc. plant in the town of Geismar. The plant makes highly flammable gases that are basic building blocks in the petrochemical industry. 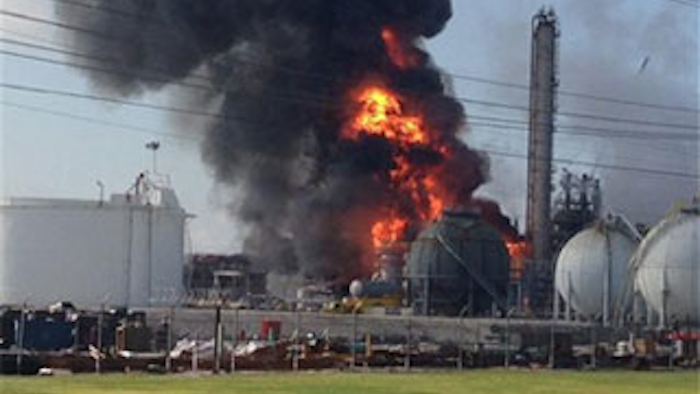 Capt. Doug Cain says the fire broke out Thursday morning at The Williams Companies Inc. plant in the town of Geismar (GYS'-mahr). The plant makes highly flammable gases that are basic building blocks in the petrochemical industry.

The town is about 20 miles southeast of Baton Rouge. Residents in the surrounding area have been asked by state police to stay indoors and close all windows and doors.

Cain says he doesn't know how many people were hurt, but sees ambulances taking a couple of people from the plant.