A second chemical was released during a spill that contaminated the water supply for 300,000 West Virginians, though the newly identified substance appears to be less toxic than the coal-cleaning agent already known to have leaked. 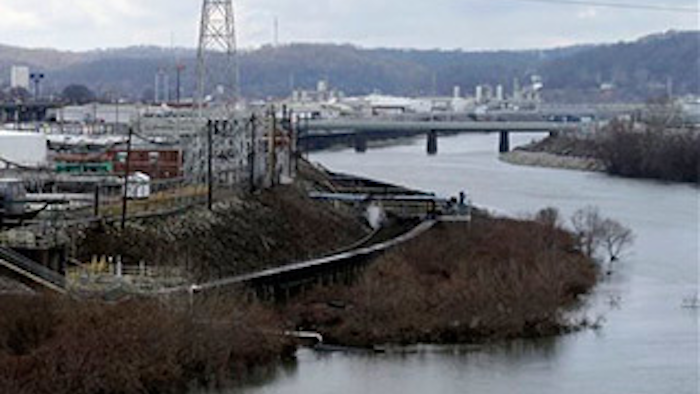 CHARLESTON, W.Va. (AP) — A second chemical was released during a spill that contaminated the water supply for 300,000 West Virginians, state officials said Wednesday, though the newly identified substance appears to be less toxic than the coal-cleaning agent already known to have leaked.

State regulators sharply criticized the company at the center of the Jan. 9 spill for failing to report the presence of the second chemical and ordered them to disclose everything that leaked into the Elk River from their storage tank by 4 p.m. Wednesday.

"Having to order them to provide such obvious information is indicative of the continued decline of their credibility," said Randy Huffman, secretary of the state's Department of Environmental Protection.

Freedom Industries didn't report until Tuesday that a mixture of polyglycol ethers, or PPH, also entered the water system when the spill occurred, the state agency said in a news release. Separately, the company didn't list PPH as part of its latest hazardous chemicals inventory for the Charleston facility filed in February 2013.

State officials are working with the federal Centers for Disease Control and Prevention and other experts to test samples and ensure the water supply is safe, the bureau said. The PPH made up about 5 percent of the tank's volume, the CDC said.

Information on PPH's toxicity is limited, but it appears to be lower than that of the coal-cleaning chemical known as MCHM, the CDC said.

"Given the small percentage of PPH in the tank and information suggesting similar water solubility as MCHM, it is likely that any amount of PPH currently in the water system would be extremely low," the CDC's statement said.

On Tuesday, Freedom Industries reached a bankruptcy court deal for up to $4 million in credit from a lender to help continue operations, an attorney said.

The deal lets the company continue paying its 51 employees in the short term, a biweekly payroll of about $172,000, said company attorney Mark Freelander. The company can also continue paying costs for environmental remediation and will have money for critical day-to-day administrative expenses, and can pay top vendors, according to the attorney.

Freedom Industries filed for Chapter 11 bankruptcy Friday, freezing dozens of lawsuits against the company. Many are by local businesses owners who say they lost money during a water-use ban that lasted several days. State and federal investigations into the spill of a coal-cleaning chemical are continuing.

In bankruptcy court testimony, Freedom Industries President Gary Southern said the 12 days since the spill have been "completely chaotic."

Southern had said the company spent $800,000 last week to remedy environmental damage from the spill.

Chief Judge Ronald G. Pearson, who called the case one of the most unusual he's seen, said Freedom Industries wouldn't obtain all the protections it sought, since the company so far has offered very little financial information.

Approached after the bankruptcy hearing with questions about the second chemical, Southern walked away from reporters and said he had another meeting to attend.