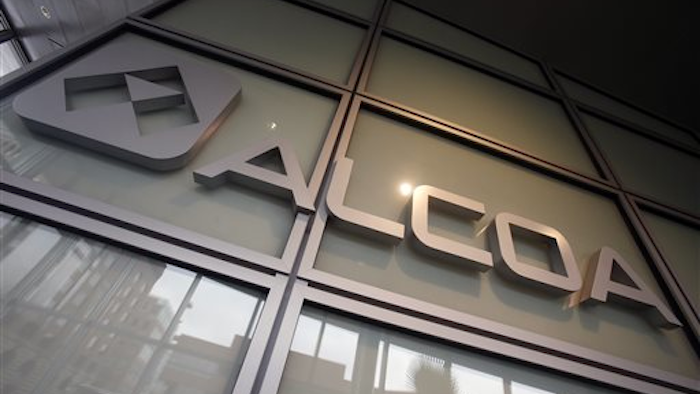 Alcoa mines and refines aluminum, but with low aluminum prices, it has increasingly shifted into making parts for aerospace, autos and other industries using aluminum, titanium and nickel.

The 10-year deal with Pratt & Whitney, a subsidiary of United Technologies, was signed at the Farnborough Air Show in England.

Shares of Alcoa Inc. rose 13 cents to $16.11 in afternoon trading. Earlier its shares rose as high as $16.25, their highest point since July 2011. Shares of Hartford, Connecticut-based United Technologies, which makes elevators, helicopters and jet engines, rose 73 cents to $114.86.