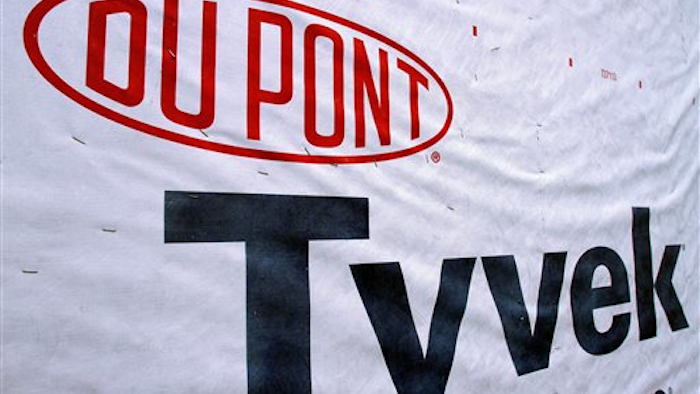 Shares of the Wilmington, Delaware, company jumped before markets opened and after it released results.

Earnings, adjusted for non-recurring costs, were $1.17 per share. The average per-share estimate of analysts surveyed by Zacks Investment Research was for profit of $1.17.

The company said revenue decreased 1.4 percent to $9.71 billion from $9.84 billion in the same quarter a year earlier, and missed Wall Street forecasts. Analysts expected $10.02 billion, according to Zacks.

The chemical giant booked a $263 million charge in the quarter tied to severance payments and other costs from the separation of its performance chemicals segment and a push to improve productivity. It also recorded a $391 million gain from the sale of a business.

DuPont said its board approved a 2-cent increase in the quarterly dividend it pays shareholders. The new payout of 47 cents per share is payable Sept. 12 to shareholders of record on Aug. 15.