Monsanto will supply the herbicide dicamba to DuPont for products used on genetically modified soybean crops under a multi-year agreement. 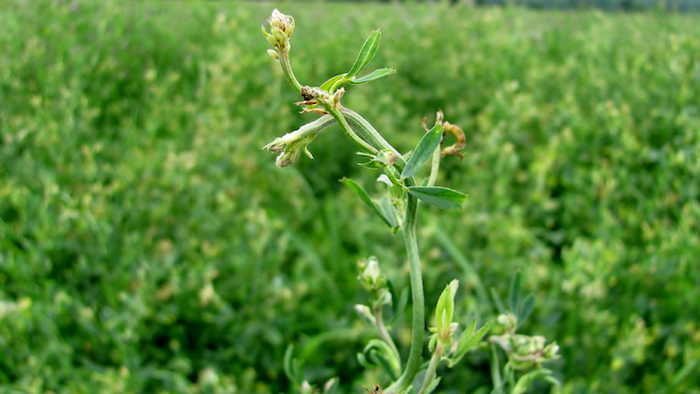 Monsanto will supply the herbicide dicamba to DuPont for products used on genetically modified soybean crops under a multi-year agreement announced this week.

The new DuPont herbicide will be marketed as FeXapan plus VaporGrip Technology. Farmers will apply the substance to Monsanto soybean seeds modified to resist the herbicide.

Monsanto, meanwhile, said that the agreement signified a commitment to its Roundup Ready Xtend Crop System, which utilizes seeds that resist a combination of dicamba and glyphosate — the active ingredient in Roundup herbicide.

As the use of glyphosate in agriculture dramatically increased in recent decades, an increasing number of weeds developed resistance to the herbicide.

Both Monsanto and DuPont are considered part of the "big six" biotechnology firms and both were involved in a recent wave of consolidation in the chemical industry. Monsanto explored mergers with Syngenta and later Bayer, while DuPont is preparing to merge with Dow Chemical.