TEHRAN, Iran (AP) — The head of Iran's space agency said Tuesday his country is interested in cooperating with NASA. Speaking to reporters at the start of World Space Week, Mohsen Bahrami said that "many in the world look at NASA's programs. We are interested in having cooperation, naturally.... 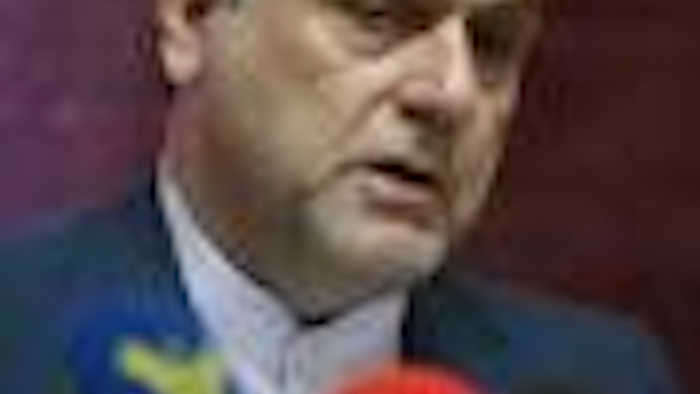 TEHRAN, Iran (AP) — The head of Iran's space agency said Tuesday his country is interested in cooperating with NASA.

Speaking to reporters at the start of World Space Week, Mohsen Bahrami said that "many in the world look at NASA's programs. We are interested in having cooperation, naturally. When you are in orbit, there is no country and race."

It was the first time Iran had expressed such interest since signing last summer's landmark nuclear deal with world powers.

Bahrami said, however, that cooperation will only be possible with the agreement of leaders of both countries. He emphasized that Iran has a peaceful and powerful civil space program. "We have capabilities and we are part of an international scene," he said.

Iran has begun negotiations on technical cooperation with the space agencies of various countries in Europe, as well as Russia, China and Japan, Bahrami said. He did not elaborate.

Iran has long harbored ambitions to put its own satellites into orbit to monitor natural disasters in the earthquake-prone nation, improve telecommunications and expand military surveillance. The U.S. and its allies worry that the same technology could also be used to develop long-range missiles. Iran has denied that it is using its space program to develop new weapons, and has said it is willing to share its scientific findings and satellite data with other countries.

Over the past decade, Iran has sent dummy satellites to orbit. Bahrami said the country plans to send three domestically-made mini satellites into a low Earth orbit by early 2018.

In 2013, Iran sent a monkey into space and set up its first space tracking center to monitor objects passing in orbit overhead.