PARIS (AP) — France's government will buy 15 new high-speed trains as part of a plan to save a historic manufacturing site of engineering company Alstom and save jobs ahead of presidential elections. Partially state-owned Alstom recently won a contract to build high-speed trains in the U.S. and... 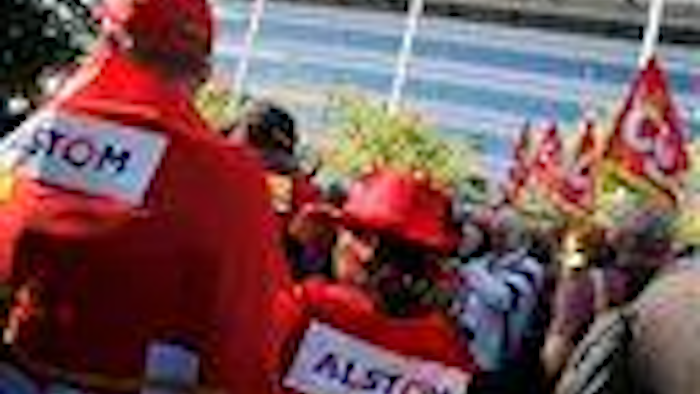 PARIS (AP) — France's government will buy 15 new high-speed trains as part of a plan to save a historic manufacturing site of engineering company Alstom and save jobs ahead of presidential elections.

Partially state-owned Alstom recently won a contract to build high-speed trains in the U.S. and builds trams and subway trains around the world. However, it has struggled at home.

The junior minister in charge of industry, Christophe Sirugue, met Alstom CEO Henri Poupart-Lafarge on Tuesday as well as union activists and local officials in Belfort, in eastern France.

In the longer term, the manufacturing site the government is trying to help is going to diversify its activities to become a maintenance center for Alstom's products in Europe. That will ensure work to 150 employees, Sirugue told a news conference.

Alstom and the government will invest a combined 70 million euros ($79 million) to modernize and adapt the plant, he said. The French state has a 20 percent stake in Alstom.

The closure would have led to 400 job cuts in Belfort and redeployed employees to other sites in the country.

In France, where Alstom has had its headquarters since the 19th century, the company suffers from low orders.

Those struggles contrast with the company's strong global presence.

Alstom is among the world's leading companies in the production of high-speed trains, tramways, metros and traction systems — and most of the engines are built in the geographic regions where the contracts are signed.

The company is present in over 60 countries and employs 31,000 people, according to its website.

Alstom won in August a major contract in the United States, building new Amtrak trains in New York for the Boston-Washington line. It also recently won contracts in Italy, the Netherlands and Germany. It provided a tramway to the Brazilian capital, Rio de Janeiro, ahead of the Olympics.