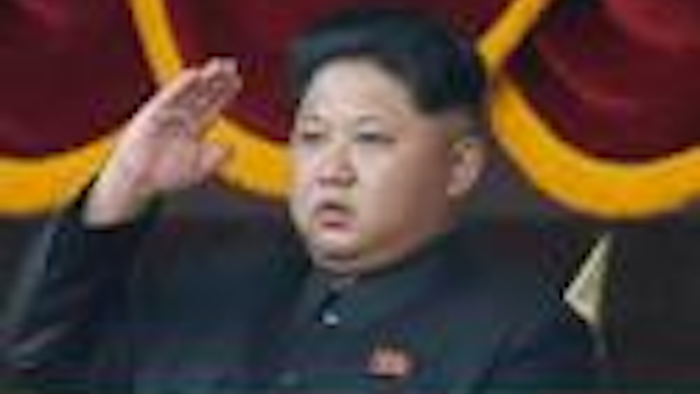 South Korea's Joint Chiefs of Staff said in a statement that "artificial seismic waves" measuring 5.0 were detected near the Punggye-ri test site, and officials were analyzing whether it was a nuclear test.

European and U.S. monitoring services also detected similar seismic activity, with the U.S. Geological Survey calling it an "explosion" on its website.

North Korea conducted its fourth nuclear test earlier this year, part of its push for a nuclear-armed missile that could one day reach the U.S. mainland.

A second nuclear test this year would be a defiant response to Western pressure on Pyongyang to halt its nuclear ambitions. The country has previously conducted tests every three to four years.

Any test will lead to a strong push for new, tougher sanctions at the United Nations and further worsen already abysmal relations between Pyongyang and its neighbors. North Korean nuclear tests worry outside governments because they are seen as moving North Korea's scientists and engineers that much closer to their goal of an arsenal of nuclear-tipped missiles that can reach the United States.

North Korea is thought to have a handful of rudimentary nuclear bombs and has spent decades trying to perfect a multistage, long-range missile to eventually carry smaller versions of those bombs. After several failures, it put its first satellite into space with a long-range rocket launched in December 2012, and has since launched another such successful launch.

Some analysts say the North hasn't likely achieved the technology needed to manufacture a miniaturized nuclear warhead that could fit on a long-range missile capable of hitting the U.S. But there is a growing debate on just how far the North has advanced in its secretive nuclear and missile programs.