GRAND FORKS, N.D. (AP) — As the unmanned aircraft industry continues to evolve, the United States is depending on its space agency to help manage small drone traffic close to the Earth. NASA is currently entering the second phase of a four-step plan to draw up rules of the skies for drones that... 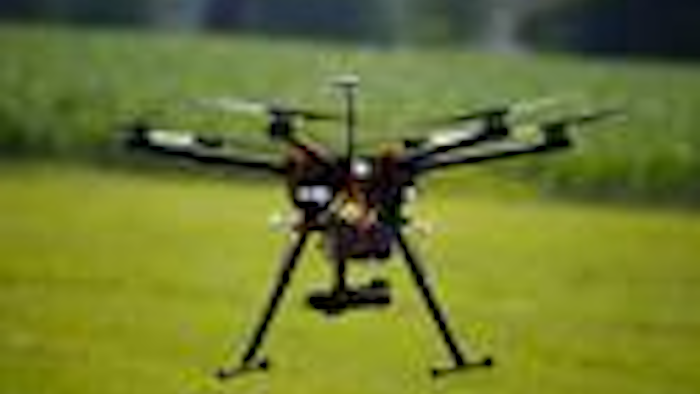 GRAND FORKS, N.D. (AP) — As the unmanned aircraft industry continues to evolve, the United States is depending on its space agency to help manage small drone traffic close to the Earth.

NASA is currently entering the second phase of a four-step plan to draw up rules of the skies for drones that weigh 55 pounds or less and fly no higher than 500 feet. The project is meant to develop performance standards for drones that would be used for commercial purposes by companies such as Amazon and Google.

The agency is hoping to present its research to the Federal Aviation Administration before 2020, John Cavolowsky, director of NASA's Airspace Operations and Safety Program, told attendees at a drone summit in North Dakota last week.

By that time, he said, it is estimated there will be seven million small drones in operation, including 2.6 million aircraft for commercial use.

"Those are big numbers," Covolowsky said. "Frankly I think they are underestimating the size of the opportunity that we are going to be facing."

The air traffic management plan, known as UTM, is a virtual system designed to help drone operators deal with weather conditions, restricted air space, airport congestion and other obstacles. The study is looking to develop a standard way of sending and receiving flight data among drone operators and regulators.

"The biggest challenge is safety, but along with that is bringing the rest of the world with us," said Terri Zimmerman, CEO of North Dakota-based Botlink, a cloud-based drone operations platform. "We are going to have to overcome some perceptions and assure the rest of the world there are protocols and procedures in place."

Private companies are pushing the UTM plan more than even NASA expected, according to Nicholas Flom, director of safety for the Northern Plains UAS Test Site in Grand Forks.

The first phase of the UTM project included a simultaneous effort in April among drone operators in North Dakota, Alaska, Nevada, New York, Virginia, Maryland and Texas. A total of 24 drones flew several times throughout the three-hour test, and the live flights were interspersed with more than 100 simulated flights.

"It was highly successful," Covolowsky said. "I think it provided us with a very substantial view for the future and opportunities going forward."

The second phase of the project will include testing flights beyond visual line-of-sight of the operator.

Stuart Rudolph is president and CEO of SmartC2, which makes software to help drone operators schedule and manage their fleet. He said it makes sense that an agency that can land a small instrument on Mars should be the group managing the integration of manned and unmanned aircraft.

"This going to be quite different from the traffic management system we look at today, when we get on a commercial plane. It is totally controlled," Rudolph said, noting that NASA understands "the space from top to bottom and all the different pieces."