A monumental task: Getting Mainers to support a new park

MILLINOCKET, Maine (AP) — Among the empty storefronts on once-bustling Penobscot Avenue, longtime resident Jean McLean stood in her art gallery, the sole employee left at a business that once had three. "Right now, it's pretty dead," McLean said, looking at the sunlit mountains of northern Maine.... 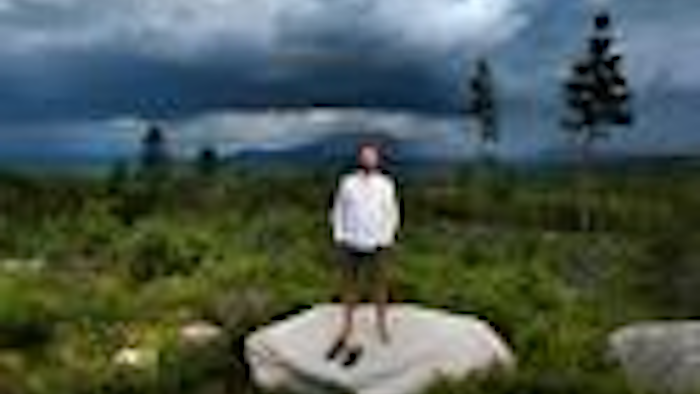 MILLINOCKET, Maine (AP) — Among the empty storefronts on once-bustling Penobscot Avenue, longtime resident Jean McLean stood in her art gallery, the sole employee left at a business that once had three.

"Right now, it's pretty dead," McLean said, looking at the sunlit mountains of northern Maine. "All the young people left to find work."

This rural region is long on natural beauty and short on jobs after the back-to-back closings of paper mills that decimated the economy, sending young people fleeing, creating sky-high unemployment and shrinking property values.

Yet many residents have opposed a significant proposal aimed at helping: the new Katahdin Woods and Waters National Monument, created this week by President Barack Obama. Supporters have said the project could bring 450 jobs in a sparsely populated region where unemployment has been as high as 20 percent in recent years.

McLean and other supporters hope that steadfast critics, who warn federal government intrusion will threaten the economy and a heritage built on free recreational access to land, come around. Local politicians worry the monument could mean more regulations to dissuade manufacturers from coming to town.

But the paper mills and $30-an-hour jobs, McLean said, are never coming back. The Millinocket paper mill was demolished last year, and the East Millinocket mill closed in 2014 following $40 million in taxpayer-backed financing.

"We have to make what's left of our surroundings and put them to use, make them desirable," McLean said. "Once they see what happens with it, they'll accept it."

New national park sites and opposition go hand in hand. While national parks require congressional approval, presidents can issue proclamations for national monuments, like the new one in Maine.

Over time, and with the money visitors bring in, opposition tends to die down. The National Park Service reported that in 2014, visitors spent $15.7 billion in local communities within 60 miles of parks.

This weekend, Interior Secretary Sally Jewell will see the new monument for the first time and attend a celebration. The National Park Service is operating an office on Penobscot Avenue, where several banners announce an upcoming New England Outdoor Center and "timberchic" business.

Paul Renaud, who runs the nearby Appalachian Trail Lodge, shook his head at critics like Republican Gov. Paul LePage, who have said the monument's 87,500 acres are swampy and full of black flies.

"It's beautiful, and it's been a well-kept secret for so long," Renaud said, noting its sweeping views of Mount Katahdin, the state's highest peak and the northern end of the Appalachian Trail, which lies within neighboring Baxter State Park.

Some residents wonder, though, whether anyone will want to go to the national monument when they could go to the more-established Baxter or the more accessible Acadia National Park.

Burt's Bees co-founder Roxanne Quimby spent years buying swaths of land from timber companies and other landowners. The land lies on a branch of the Penobscot River where President Theodore Roosevelt once lost a boot and the poet Henry David Thoreau traveled in a flat-bottomed bateau. The forest is home to 500 million-year-old fossils, glacier eskers, pillow lava formations and noted biodiversity.

Since 2010, Quimby has sat on the National Park Foundation's board of directors. She provided details of her proposal for a national park in 2011 but the focus later shifted to a national monument because of a lack of congressional support. A monument doesn't need congressional approval, only executive action by the president.

Outside a corner store in Millinocket, Sue Walsh said she has long questioned whether Quimby's plans are for her "own personal gain" and cited the estimated $12 billion backlog for National Park maintenance.

Walsh said people were forced out of camps once Quimby and others bought land from timber companies, which traditionally opened their teeming acres to mill workers for recreational access. Walsh is glad that hunting and snowmobiling will still be allowed on portions of the property.

"There's some bad and some good, as long as we can continue our heritage and preserve our way of life," Walsh said.

This week, some business owners hesitated to share their names for this article, noting vocal opposition that have boycotted businesses and taken down supporters' signs. Opponents have criticized the Chamber of Commerce for supporting the monument.

Waiting in line at a corner store, Millinocket Councilman Charles Pray said he thinks supporters are overselling the proposal and still does not think the land is noteworthy enough for the federal designation.

And the Quimby family's money feeds into a perception, he said, that access to federal officials is for the "rich and powerful."