Wood products group says it did not endorse Gianforte

HELENA, Mont. (AP) — At campaign events, Republican Greg Gianforte touted an endorsement from the Montana Wood Products Association, but the Bozeman businessman may have to walk back that claim after the association said Friday it had not made an endorsement in the gubernatorial race. On at least... 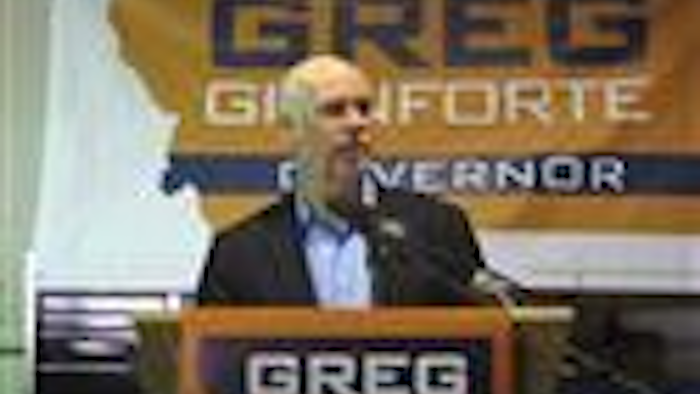 HELENA, Mont. (AP) — At campaign events, Republican Greg Gianforte touted an endorsement from the Montana Wood Products Association, but the Bozeman businessman may have to walk back that claim after the association said Friday it had not made an endorsement in the gubernatorial race.

But association president Paul McKenzie said a poorly worded email between the association and the Gianforte campaign led to a misunderstanding. The word "endorsement" should not have been used in any of the communications, he said.

"We have not endorsed either one of the candidates," McKenzie said.

"Both have good attributes on our issues and people will have to make their own decisions about them," McKenzie said.

While both campaigns have sought an endorsement from the trade group, it has not chosen a side. The association calls itself the voice of the state's timber, logging and wood products manufacturing industry.

The confusion stemmed from a September email telling Gianforte's campaign the Republican would soon receive a response regarding an endorsement. McKenzie said there was no endorsement, and the word should not have been used in the message.

"There was a misunderstanding over a single word in one of those emails, and we've got it taken care of. And (Gianforte campaign officials) have assured us they won't be representing us in that light anymore."

But Gianforte spokesman Aaron Flint seemed to maintain otherwise in an email Friday.

"Greg is honored to have their support," Flint said.

"We've lost 600 timber jobs recently in Montana," he said. "Greg is clearly focused on timber jobs and has spent the week talking about the economy in western Montana timber communities."

The association had given money to both Bullock and Gianforte, though the Republican returned the check because of his pledge to not accept money from political action committees.

McKenzie said he sought to clarify the association's position after Democrats raised the issue after hearing Gianforte claim the group's endorsement.

According to an email provided by the Gianforte campaign, the association's executive vice president, Julia Altemus, told Gianforte's campaign manager, Amy Lunde, on Sept. 21 that she would get back to Lunde "shortly regarding an endorsement statement."

Less than two weeks later, the association under the auspices of its political action committee sent a letter to the Gianforte campaign.

"The Montana Wood Products Association Board of Directors believes Greg Gianforte brings strong job growth experience to Montana's leadership and he will work hard to create a positive business climate and new economic opportunities," stated the letter signed by Altemus.

That letter, McKenzie said, should not have been construed as an endorsement. He said his association sent a similar letter to Bullock.