WASHINGTON (AP) — Routine use of small drones by real estate agents, farmers, filmmakers and countless other commercial operators was cleared for takeoff by the Obama administration Tuesday, after years of struggling to write rules that would both protect public safety and free the benefits of a... 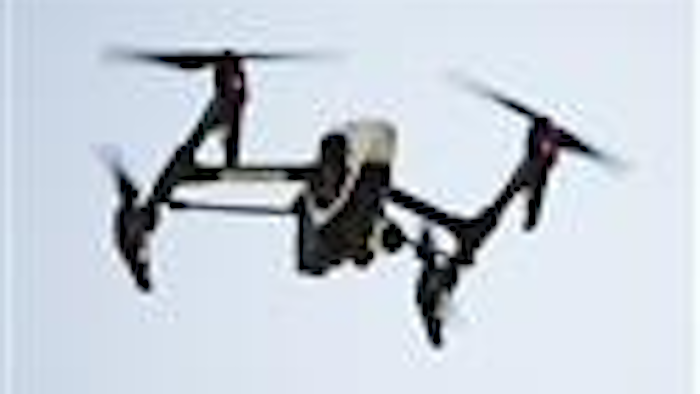 WASHINGTON (AP) — Routine use of small drones by real estate agents, farmers, filmmakers and countless other commercial operators was cleared for takeoff by the Obama administration Tuesday, after years of struggling to write rules that would both protect public safety and free the benefits of a new technology.

Industry and government officials describe commercial drones as the biggest game-changing technology in aviation since the advent of the jet engine.

"This is a watershed moment in how advanced technology can improve lives," said Brendan Schulman, a vice president at DJI, the world's largest civilian drone-maker.

Jason Miller, an Obama economic adviser, said the rules are the first step toward full integration of drones in the national airspace system.

Until now, commercial operators have had to apply for a waiver from rules that govern manned aircraft, a process that can be time-consuming and expensive.

Since 2014 the FAA has granted more than 6,100 waivers and another 7,600 are waiting for approval. Many more small companies have been using drones without FAA permission, say industry officials.

Unless those operators make a serious mistake that brings them to the FAA's attention, there's not a lot the agency can do to track them down. The new rules would provide an easier way for those businesses to operate legally.

The rules also would effectively lift the lid on flights by other potential operators who have held off using the technology — ranchers who want to count cattle, research scientists, and companies that inspect infrastructure like bridges, oil platforms and smokestacks, to name a few.

Under the new rules, operators would register their drones online, pass an aviation knowledge exam for drone pilots at an FAA-approved testing center and then they're good to go. That's a big change since operators currently have to have a manned aircraft pilot's license.

Operators also would have to follow many of the rules that apply to model aircraft hobbyists like keeping drones within sight at all times and not flying over people or higher than 400 feet.

Other important limitations also remain in place. Drone flights will be permitted only during the day and at twilight. Drone industry officials have long complained that restricting drone flights to daytime precluded a great many uses like some search and rescue operations, agricultural operations best done after dark and roof inspections of commercial building roofs that use heat sensors.

Operators could still seek waivers to restrictions like nighttime flights, flights beyond sight of the operator and flights over people.

The rules permit commercial transport of goods by drones for the first time, but the other restrictions on flights beyond sight of the operator and over people still apply.

That precludes delivery drones flying across cities and suburbs clasping small packages as envisioned by Amazon. Amazon and Google are working on drone delivery systems for goods purchased online. Google officials have said they expect deliveries to begin sometime in 2017.

FAA Administrator Michael Huerta said the agency is researching how drone deliveries might safely be accomplished, but he declined to set a timetable for such rules.

What's missing from the rules is an enforcement mechanism, said Sarah Kreps, a Cornell University professor. "It is hard to see how the (FAA) actually can ensure that these rules are followed," she said.

Congress has been prodding the FAA for more than a decade to write rules to provide civilian drones broad access to the national airspace. Initially, the agency put its emphasis on finding ways to enable larger drones like those used for military missions to safely fly at the same altitudes as other manned aircraft. Later, the agency shifted its focus to small drones when it became clear that the market for their uses was developing much faster.

The FAA's slow pace led frustrated lawmakers to include a provision in a major aviation bill four years ago setting deadlines for the agency to issue regulations to safely integrate small drones by August 2014 and other drones by September 2015.

The new rules fulfill that first deadline. The agency is also working on an array of other safety rules and standards to further broaden the circumstances under which drones can be flown. In April, FAA officials said they are working on regulations that would permit some commercial drones to fly over people and crowds based on recommendations from an industry advisory committee.

Follow Joan Lowy at twitter.com/AP_Joan_Lowy. Her work can be found at http://bigstory.ap.org/content/joan-lowy