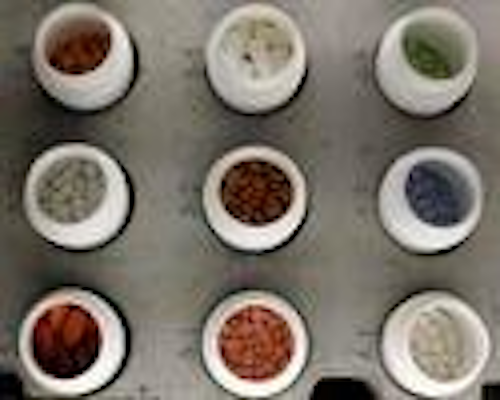 The proposal from the nonpartisan Medicare Payment Advisory Commission, or MedPAC, steers clear of calling for the government to negotiate drug prices directly, an option both presidential candidates advocate. For beneficiaries, the plan is a mixed bag. All seniors would get better protection from extremely high costs, but some may have to spend more.

The recommendations are unlikely to gain traction in Congress during an election year, but they will get a serious look from staff experts on key House and Senate committees overseeing Medicare.

MedPAC is a congressional agency charged with making regular recommendations on Medicare, the government's premier health insurance program, with about 57 million elderly and disabled beneficiaries. Echoing widespread concerns about drug costs, MedPAC said spending for Medicare's prescription program grew by nearly 60 percent from 2007 through 2014, from $46 billion to $73 billion.

That was driven by spending on high-cost beneficiaries who tend to use the most expensive medications, such as the recent breakthrough cures for hepatitis C infection. Congress should re-examine the program's design "to better ensure financial sustainability," the commission said.

The MedPAC proposal would protect all seniors by setting an annual limit on how much they can be required to pay for medications, a new safeguard.

However, it would also raise costs by about $1,000 for some beneficiaries who land in the widely loathed coverage gap known as the "doughnut hole." And MedPAC also proposed restructuring modest copayments that low-income beneficiaries may face, in order to encourage greater use of generic and preferred brand name drugs.

Insurance companies, the middlemen who deliver coverage to some 39 million beneficiaries in the prescription program, aren't likely to be pleased.

The MedPAC plan wouldn't change the share of total program costs subsidized by the government, which is roughly three-fourths. But a change in the payment formula would put insurers more directly on the hook for managing spending on the priciest drugs. That could expose the companies to greater financial risk.

Currently, after a beneficiary reaches what's called the "catastrophic" threshold of the benefit, taxpayers are responsible for 80 percent of the cost of drugs. The insurer's share is 15 percent, and the beneficiary pays 5 percent. That threshold is about $7,500 this year, counting spending both by the patient and by the insurer.

Under MedPAC's proposal, beneficiaries would no longer have to worry about how to keep paying that 5 percent, which can be substantial with some drugs costing $100,000 a year. Instead, the beneficiary's exposure would be limited to about $4,850.

Insurers, however, could face a potential downside.

MedPAC concluded that the current formula doesn't give insurers much incentive to drive bargains with pharmaceutical companies, since Medicare picks up 80 percent of the cost of catastrophic coverage. The plan calls for gradually dialing down the government share to 20 percent.

Drug companies may not like that either, since insurers would demand bigger rebates. It could also pressure pharmaceutical companies to restrain prices for new drugs.

While the complex proposal involves major restructuring, Medicare would not negotiate with drugmakers. In many other economically advanced countries, the government is actively involved in setting prices, leading to lower costs for consumers. The drug industry says if the U.S. takes that road, it could reduce their investment in research and development.

But in this election year both presidential candidates have called for some form of direct negotiation by Medicare. For Republican Donald Trump, that stance puts him at odds with Republican congressional leaders opposed to the government setting drug prices.