Details about the 3 officials charged in Flint water crisis

The first criminal charges have been filed in Flint's lead-tainted water crisis, including allegations that two state regulators and a Flint water plant supervisor tampered with evidence and that the state regulators knowingly misled U.S. Environmental Protection Agency officials and the county... 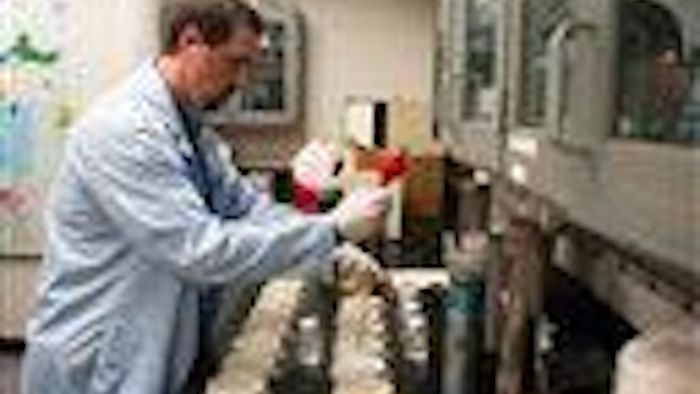 The first criminal charges have been filed in Flint's lead-tainted water crisis, including allegations that two state regulators and a Flint water plant supervisor tampered with evidence and that the state regulators knowingly misled U.S. Environmental Protection Agency officials and the county health department.

The Michigan city switched from Detroit's drinking water system to the Flint River in April 2014 as a cost-saving measure, but failed to treat river water with control corrosion chemicals — an omission that allowed lead to leach from aging pipes and fixtures and contaminate tap water for 18 months.

Here's who was charged Wednesday and their connections to the crisis:

He testified last month before a state legislative committee that he intended to treat the Flint River water with anti-corrosive chemicals but was overruled by state Department of Environmental Quality engineer Michael Prysby, who told him a year of water testing was required first.

Eight days before the switch, Glasgow wrote to a DEQ official on April 17, 2014, complaining that his supervisors were prodding him to move too quickly and his staff needed more training.

"If water is distributed from this plant in the next couple weeks, it will be against my direction," wrote Glasgow, then the city's laboratory and water quality supervisor. "I need time to adequately train additional staff and to update our monitoring plans before I will feel we are ready ... I will reiterate this to management above me, but they seem to have their own agenda."

Glasgow is charged with tampering with evidence for changing lead water-testing results and willful neglect of duty as a public servant.

He took another job within the DEQ on March 28, the day before Glasgow testified. The DEQ has said his switch was not a forced transfer.

Prysby has been charged with misconduct in office, conspiracy to tamper with evidence, tampering with evidence — including manipulating monitoring reports — and violations of water treatment and monitoring laws.

Busch also knew about a surge in Legionnaires' disease potentially linked to the water switch long before the governor reported the increase to the public in January, but downplayed any connection. There were at least 91 cases, including 12 deaths, in Genesee County, where Flint is located, during a 17-month period.

In a March 13, 2015, email to a Genesee County Health Department official, Busch said it was "highly unlikely that legionella would be present in treated water" and that any evidence to the contrary appeared "premature and prejudice (sic) toward that end."

He is on paid leave from his position as the state Office of Drinking Water's Lansing and Jackson district supervisor after being suspended in January.

Busch has been charged with misconduct in office, conspiracy to tamper with evidence, tampering with evidence and violations of water treatment and monitoring laws.