ST. PAUL, Minn. (AP) — When a young black man was killed in a confrontation with two police officers last November, Minneapolis became the latest city to endure weeks of street protests. But the unrest over 24-year-old Jamar Clark's death evolved beyond his case to include demands that city and... 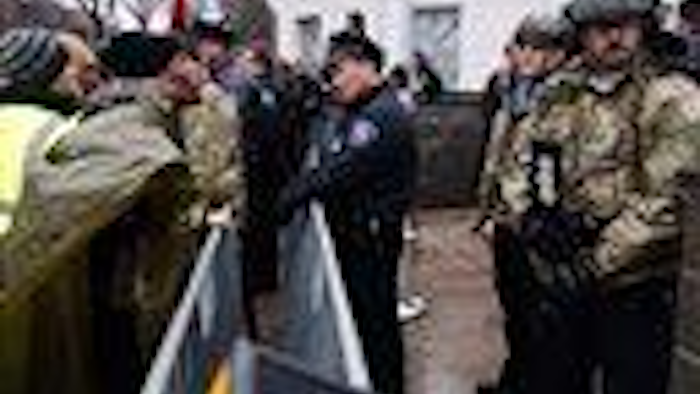 But the unrest over 24-year-old Jamar Clark's death evolved beyond his case to include demands that city and state leaders do more about the persistent poverty seen as the root of racial tensions, especially on the city's predominantly black north side.

Now, with a boost from Minnesota's liberal governor and the muscle of a nearly $1 billion surplus, the state is considering plowing millions of dollars into initiatives intended to help more black residents catch the economic tide that has pushed statewide unemployment below 4 percent — even as African Americans are four times as likely to be out of work.

Democratic Sen. Bobby Champion, one of three black lawmakers in Minnesota's 201-member Legislature, said too many activists focus on the circumstances of Clark's shooting and press for release of video footage of his tussle with police.

While reactions to other police shootings have often focused on criminal-justice changes, lawmakers in Minnesota, with its progressive reputation, are looking at underlying social causes.

The debate in some ways parallels the presidential campaign, where the top Democratic and Republican contenders have argued about the reasons for the growing distance between the rich and poor.

"It's not new," Nekima Levy-Pounds, head of the NAACP in Minneapolis, said of the income gap between blacks and whites in Minnesota. "But it's good to hear that they're paying attention to it."

Job training and placement programs, fast-tracked GED initiatives, a surge of loans and investments for minority-owned businesses and expanded access to private schools are on the table in the Minnesota Legislature.

A broad swath of industries, from medical technology to manufacturing, mixed in with a handful of Fortune 500 companies like 3M and U.S. Bank, have helped buoy the state's economic fortunes. The budget surplus has grown with recent tax hikes on high earners.

But until the negotiations pay off — and it's not clear they will — many activists in Minnesota's black community will remain skeptical.

"We're beyond needing a signal," Levy-Pounds said. "It should not have taken an unarmed young African American man being killed for people to wake up."

Also difficult is choosing measures that will make a difference. Previous efforts, supported by healthy levels of social spending, have fallen short.

Poverty has dogged Minnesota's black neighborhoods for decades, masked by a progressive sheen embodied by Sen. Hubert Humphrey's outspoken support for civil rights and Sen. Paul Wellstone's "We all do better when we all do better" mantra.

Only 6 percent of Minnesota residents are black, less than half of the national average, and the problems are starkest in Minneapolis' largely minority north side, marked by dilapidated housing projects and rundown storefronts. Long before the recent unrest, the neighborhood was a site of race riots in 1967, when protesters burned down businesses before the National Guard restored order.

Recently, the economic disparities seemed to worsen. A census report last year showed black household incomes in Minnesota declined to $27,000 in 2014, compared with almost $65,000 for whites. More than 1 in 3 black Minnesota residents lives in poverty — three times higher than whites.

A lack of good-paying work and a sense of hopelessness make people in the community feel ignored, said Lovie Franklin, 20, who works two jobs to help support her parents and siblings.

"You can't expect teenagers to feel like they can be something around garbage," Franklin said. "I got two jobs and I'm still hurting."

He said momentum for new efforts shouldn't be allowed to fade with the memory of the street protests. "It can't," he said.

Since the Legislature convened this month, the issue has been shaping up along partisan lines. While Dayton and fellow Democrats have outlined new spending programs, Republicans who control the House countered with extra tax credits to send more people to private schools, with some lawmakers questioning the big dollar figures their political opponents have pledged.

"I am not convinced that doing a lot of state spending on poverty and those kinds of things has a huge effect," Republican state Sen. David Hann said last month.