BOSTON (AP) — Colleges and universities are under growing pressure from Congress and campus activists to reveal financial investments made through their endowments, but most institutions are standing firm against the idea. The movement includes federal lawmakers who are questioning whether to tax... 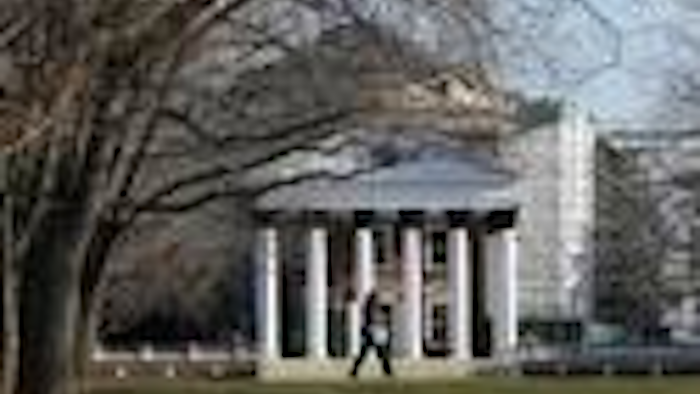 BOSTON (AP) — Colleges and universities are under growing pressure from Congress and campus activists to reveal financial investments made through their endowments, but most institutions are standing firm against the idea.

The movement includes federal lawmakers who are questioning whether to tax colleges on investment profits that can amount to billions of dollars a year. Many students and alumni are making inquiries too, demanding to know whether schools invest in certain industries.

Those moves challenge the privacy that has long been granted to university endowments, which are large pools of investments meant to provide financial aid to current students and to sustain the schools for future generations.

Endowments face little federal regulation compared with other fundraising institutions. Private foundations, for example, are required to spend at least 5 percent of their assets each year and pay a 2 percent excise tax on investment earnings. Colleges face no spending rules and, because of their educational purpose, are not taxed on their earnings.

Despite the calls for transparency, record requests made by The Associated Press to dozens of the nation's wealthiest colleges show a continued push to keep investments secret.

Out of 50 public and private universities asked to disclose their investments, 39 schools with combined endowments of $255 billion refused to provide a single record. Four never responded to the requests sent in September. None of the private universities, which are not subject to open-records laws, released any information.

Most public universities, which operate with taxpayer money, kept their investments secret. The universities that did provide records in most cases revealed only a small fraction of their portfolios.

Colleges drew on a variety of reasons to withhold records. The University of Virginia and four other public universities said they house their endowments in outside foundations that are not subject to open-records laws. Michigan State University, also public, cited a state law that explicitly keeps college investments confidential. Private Vanderbilt University said it made agreements with financial managers not to share investment details.

"I think that they go to great lengths to try to isolate themselves," said Neal Stoughton, a professor and director of the Endowment Research Center at Vienna University of Economics and Business in Austria.

Transparency can also lead to unwanted scrutiny. For instance, Harvard University's investments in the timber industry inspired student protests in 2014, and environmental groups blasted the school for buying land in Africa to be used for commercial farming. Harvard insists that it invests responsibly.

The University of California system told one of its student newspapers that it cut investments in the owner of Bushmaster, the maker of the rifle used in the Sandy Hook Elementary School shootings. The New York Times uncovered the financial tie in 2013.

Many colleges contend that disclosing their investment portfolios would risk losing a competitive edge. Instead, most schools issue annual reports with broad information but few details about specific investments.

Exceptions include the investment arm of the University of Texas system, which is required under state law to publish its holdings every year.

"It's a trade-off between negatively affecting the performance and wanting to fully inform," said Richard Smith, a finance professor at the University of California Riverside who has researched endowments. "Sometimes there's a value in keeping your investment choices secret."

Two congressional committees sent letters to the richest private colleges last month asking for a wide range of information about their endowments, including how the schools use endowment assets "to fulfill their charitable and educational purposes." The inquiry was partly meant to determine whether schools deserve the federal tax breaks they receive.

Separately, Rep. Tom Reed, a Republican from New York, is drafting a proposal that would require all endowments of more than $1 billion to spend at least 25 percent of their profits every year on financial aid. Reed's goal is to help lower tuition costs for students from working-class families. But as part of his plan, he also hopes to propose stronger reporting requirements to shed light on college investments.

"People are concerned. We just don't know where the money's coming from and where it's going," Reed said in an interview. "I think that transparency will go a long way to clean up some abuses in this arena."

On campuses, too, students have been pushing for greater transparency. Student groups that oppose the fossil fuel, firearm and other industries say they should have a role in the investment process. At Northwestern University in Illinois, students in the group Fossil Free Northwestern have ramped up protests this year, pressing the private school to disclose its investments and stop supporting coal and oil companies.

"There's a really big movement to know exactly what is funding our education and to have some sort of say over that," said Christina Cilento, a group member and junior at Northwestern.

Some schools have heeded calls from students and dropped certain investments. Becker College, a small private school in Massachusetts, announced on March 10 that all its investments would "generate a positive impact on society."

But often, even the institutions themselves don't know where their money goes, in part because they hire outside managers who constantly buy and sell investments. Additionally, many schools put their money into mutual or hedge funds, which in turn make other investments that can be kept confidential.

The issue has flared up at Hampshire College, where a group of students urged the school to ensure that its investments, including in hedge funds, don't support prisons. The private college in Massachusetts passed a policy against prison investments last year but added that there's no way to pinpoint where all of its money lands.

In the past, calls for greater transparency have had little success. Last year, state lawmakers rejected a proposal that would have made the public University of Connecticut's endowment subject to open-records laws. In September, private Duke University denied a request from students to release its endowment portfolio, saying there are "genuine concerns such disclosure would reduce competitive advantages."

But Reed said he's unfazed by "negative pushback" he has fielded from some universities.

"If we're going to have a tax preference given to these colleges," he said, "then we need to make sure we know where those dollars are going."