What's in the (cable) box? Possibly the future of television

NEW YORK (AP) — It's hard to get excited about a cable box. It's basically a boring oblong you put on a shelf near your TV and never think of again unless your cable service goes out. But it's at the center of a battle pitting technology companies and the government against the TV industry. The... 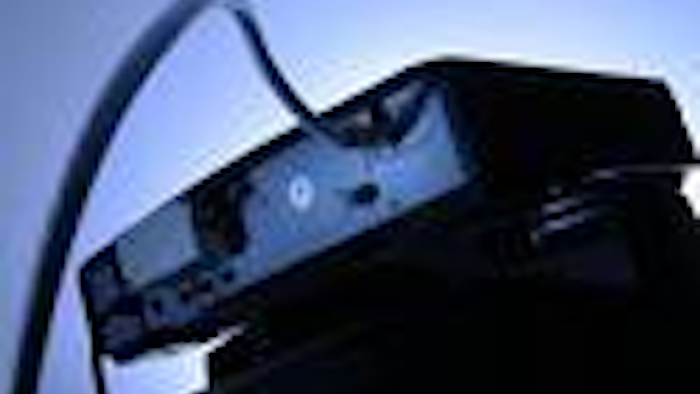 NEW YORK (AP) — It's hard to get excited about a cable box. It's basically a boring oblong you put on a shelf near your TV and never think of again unless your cable service goes out.

But it's at the center of a battle pitting technology companies and the government against the TV industry. The Federal Communications Commission wants to let you buy your own cable box in hopes of saving you money and getting you new features. The cable industry worries about losing the power to frame how you get your video — and with it, billions of dollars in revenue. Some in Hollywood also worry about losing advertising dollars.

Here's what you need to know about this dispute:

Early on, cable boxes were little more than descramblers intended to block channels you hadn't paid for. Although they still serve that purpose, they've evolved into mini-entertainment centers that can record and play back programs, handle video on demand and even tempt you with non-TV distractions. Comcast, for example, recently added video games.

Most TV subscribers today lease boxes from their TV service provider. A study released last year by Sens. Edward Markey and Richard Blumenthal, Democrats on a Senate subcommittee that oversees technology and communications, found that the average household spends about $231 a year on box rental fees. Although some boxes can integrate Netflix, most people need a separate device to watch online video.

WHAT DOES THE GOVERNMENT WANT TO DO?

The FCC wants to give you more options for buying boxes and using different TV-watching software, much the way you can currently buy your own phone or modem.

The tech companies and regulators arrayed behind this effort claim you'll see lower prices, more choices and technological advances as a result.

The new rules would force TV suppliers — companies like Comcast, DirecTV and Verizon Fios — to make available video and channel information to outside companies like Google, Apple and TiVo. They'd have to provide this data in a format set by an "open standards body," which the FCC says could include consumer-technology makers, cable companies, content companies, apps developers and consumer-interest groups.

HAVE THERE BEEN EFFORTS TO "UNLOCK THE BOX" BEFORE?

Yes, but they didn't work.

About 12 years ago, cable operators rolled out CableCards — high-tech cards you could stick in TVs or boxes sold by others, like TiVo, to negate the need for a cable box.

But cable companies initially had to install them for customers and had no incentive to make sure they were easy to get and activate, says John Bergmayer, an attorney at the public-interest group Public Knowledge, which supports the government's cable-box initiative.

A cable-industry vision from 2008, dubbed tru2way, also failed. The cable industry designed software for TVs that let them deliver cable without a box. But the technology didn't appeal to consumer-electronics companies and fizzled out, Bergmayer says.

With a device like an Apple TV, you could, theoretically, get all your video in one place: live cable channels, Netflix, HBO's app, YouTube. And the device would keep working even if you switched, say, from cable to satellite TV.

You could also see better search capabilities. New gadgets might let you do a single search for both TV channels and online services, which could help you find niche online video that cable companies don't carry. TiVo already offers such a feature, but you still need a CableCard or a box from a cable company that has partnered with TiVo.

Change is coming no matter what the FCC does, says Alan Wolk, an analyst with the Diffusion Group, a TV and media research firm.

Cable companies already have apps that let you watch TV on phones and tablets, and newer Internet-only offerings deliver channels through a streaming-TV gadget rather than a set-top box.

WHY ARE CABLE AND ENTERTAINMENT COMPANIES RESISTING?

Besides losing fees from renting boxes, the cable industry doesn't want some intermediary in charge of video its customers get. For example, a box designed by Apple might make it just as easy to get video from Netflix, such that customers might question the need to pay for channels or cable's video-on-demand offerings. Cable companies now pay — and charge you — billions of dollars a year to carry these channels and programs.

Cable companies also worry that they wouldn't be able to help customers with technological issues and that new ads could interfere with the viewing experience. FCC Chairman Tom Wheeler has said that the rules would prohibit extra advertising, but he didn't offer details.

Some TV executives worry that instead of buying regular commercials on their channels, advertisers might migrate to targeted-ad opportunities if, say, Google builds a box. The TV executives also have raised concerns that tech companies could use data on your viewing habits in ways cable companies aren't allowed to.

Most subscribers today take a full-fledged bundle of hundreds of channels that can cost $70 or more a month. An analysis by bond-ratings agency Moody's says new set-top boxes, if successful with consumers, could pressure cable companies to deliver smaller, cheaper packages.

More choice might be good for you — but maybe not for companies dependent on your monthly bills.