WASHINGTON (AP) — A former Blackwater Worldwide security contractor found guilty last year for his role in a deadly Baghdad shooting has appealed his murder conviction, saying the case against him was vindictive and that prosecutors were "determined to win at all costs." Nicholas Slatten is... 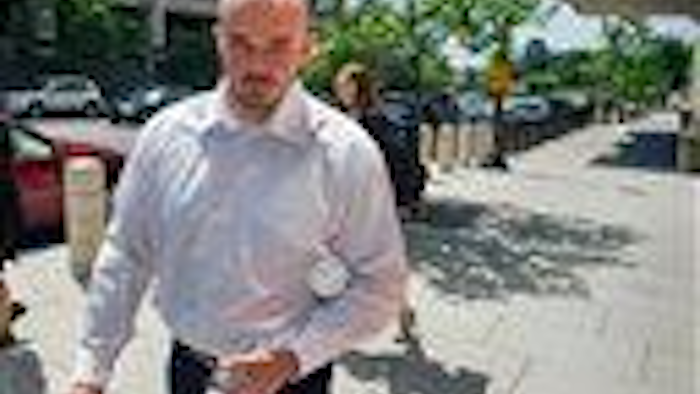 WASHINGTON (AP) — A former Blackwater Worldwide security contractor found guilty last year for his role in a deadly Baghdad shooting has appealed his murder conviction, saying the case against him was vindictive and that prosecutors were "determined to win at all costs."

Nicholas Slatten is serving a life sentence on a charge of first-degree murder after a jury found him and three other guards guilty in the September 2007 shooting in Baghdad's Nisoor Square. The three other contractors were found guilty of lesser offenses and were also expected to appeal later Monday.

Slatten, 32, argued in his brief that the jury didn't have enough to find him guilty of murder and that the judge should have granted him a new trial after a key witness for the prosecution changed his story after the trial.

The appeals mark the latest legal volley in a case that's lingered for years in Washington's federal court.

The guards were indicted on manslaughter charges in 2008 in the deaths of 14 Iraqi civilians, with prosecutors accusing them of opening fire at a crowded traffic circle in Baghdad. Defense lawyers said the men fired shots after a white Kia began approaching the guards' convoy in a way they found threatening.