HARTFORD, Conn. (AP) — Connecticut officers who drew their stun guns on the job last year were more likely to fire when the suspect was black or Hispanic, according to a first-of-its-kind set of statistics that could stoke the nation's debate over race and police use of force. The raw,... 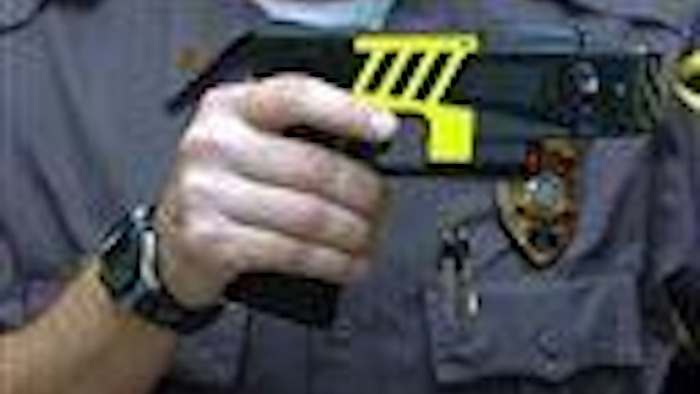 HARTFORD, Conn. (AP) — Connecticut officers who drew their stun guns on the job last year were more likely to fire when the suspect was black or Hispanic, according to a first-of-its-kind set of statistics that could stoke the nation's debate over race and police use of force.

The raw, preliminary data was obtained by The Associated Press ahead of an official analysis expected in the coming weeks. While police and state officials cautioned against passing judgment until then, at least one criminal justice expert said he would not be surprised to see similar findings elsewhere around the country.

Some civil rights groups said the statistics confirm what they suspected for years.

"We feel we're vindicated," said Scot X. Esdaile, president of the Connecticut State Conference of NAACP Branches. "The NAACP has huge issues with how law enforcement use Tasers in communities across our state. We get a lot of complaints."

State and municipal police in Connecticut reported a total of 641 incidents involving stun guns last year: 437 actual firings and 204 instances in which officers threatened to use their weapon but held their fire, according to the data.

Officers were more likely to hold their fire when the suspect was white.

The figures come as police across the U.S. face heavy scrutiny over their use of deadly force against blacks. Although stun guns have been billed as non-lethal alternatives to firearms, they have resulted in deaths, and reliable information on how police use them has been lacking.

A 2014 law made Connecticut the first state to require all police departments to report every instance in which an officer discharges or threatens to use a stun gun. The NAACP and American Civil Liberties Union pushed for the legislation after the 2011 death of 26-year-old Marcus Brown, a handcuffed black man who was shot with a stun gun in the back of a Waterbury police cruiser.

Researchers at Central Connecticut State University are reviewing the data and will issue an analysis, perhaps by the end of February.

Although data from other states isn't available, it would not be surprising if similar findings were found in other parts of the country, said Eugene O'Donnell, a lecturer at the John Jay College of Criminal Justice at the City University of New York.

"It is not surprising because the police occupy the front line of a criminal justice system that is designed to target minorities," O'Donnell said. "Because of the design of the system, the police end up in more fraught situations with minorities since their adversarial interactions are so heavily overlaid in poorer places and poorer and working-class people."

Connecticut's population of 3.6 million is 11.5 percent black, 15 percent Hispanic and 81 percent white, according to the Census Bureau. (The percentages add up to more than 100 percent because Hispanics can be counted in both the white and black categories.)

State and police officials noted that many of the stun gun incidents happened in urban areas, where minority populations are higher. Those include Hartford, New Haven and Bridgeport.

The figures don't include data from several smaller towns that have yet to submit reports.

State officials and others cautioned that while the data appear to show racial disparities, deeper examination if needed.

"It seems like in the cases where it was threatened but not used, there were far more white people involved," said Michael Lawlor, Connecticut undersecretary for criminal justice policy and planning. "Why that is and whether there is some other explanation, we're going to go through the data and try to figure it out."

Amnesty International has reported that at least 540 people in the U.S. died after being shocked with stun guns from 2001 to 2012. In Connecticut, 17 people have died since 2005, according to the ACLU.

"I think this data will be helpful for policymakers and police chiefs in Connecticut to get a handle on the issue," he said.

Steve Tuttle, a vice president at Taser International Inc. in Scottsdale, Arizona, a leading maker of stun guns, said it is too early to draw conclusions about the Connecticut data. He said the numbers need to be evaluated with other data, including arrest rates and what offenses spurred stun gun use.

Tuttle wrote in an email to the AP that when used properly, a Taser is a highly effective way to "halt violent situations that pose a safety risk to an officer, suspect or innocent citizens."