LAS VEGAS (AP) — The latest developments surrounding the consumer-electronics show in Las Vegas known as CES (all times local): 9:45 a.m. Chicago, Dallas and Atlanta have been chosen as the first cities where AT&T's will showcase the potential use of sensors and other Internet-connected... 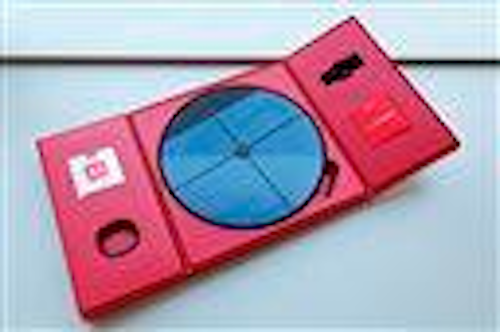 Chicago, Dallas and Atlanta have been chosen as the first cities where AT&T's will showcase the potential use of sensors and other Internet-connected technologies to improve municipal services.

Under this "smart cities" concept, maintenance crews would be able to remotely detect roads needing repairs, while motorists would be able to view and reserve parking spaces ahead of time. Though some of these capabilities are already available in some cities, officials can better keep tabs on emergencies, such as power outages and heavy traffic, by integrating all aspects of government functions.

AT&T says it has formed alliances with Cisco, Deloitte, Ericsson, General Electric, IBM, Intel and Qualcomm to support smart cities. Two of the cities chosen have direct ties to AT&T. Dallas is the company's headquarters, while Atlanta is the hub for its wireless businesses. There's no time frame yet on when AT&T will roll out these services.

Call her mom. A small white plastic figure that resembles a Russian nesting doll offers a digital smile while it monitors if people it's watching are taking their pills, drinking enough water or doing any of their daily routines.

Silver Mother is being marketed to caretakers and family members wanting to keep an eye on elderly loved ones.

Along with alerting caretakers and family, founder Rafi Haladjian says the white "mother hub" will play the sound of running water if a person doesn't drink enough water for the day. It will also call people on the phone to remind them to take their pills.

The system is being displayed at the CES show of gadgets in Las Vegas.

The hub and four sensors, which can be attached to anything including pill bottles, is sold for $290.

Office workers probably assume their boss can peek in on their corporate emails. But knowing — exactly — how long you've been sitting down on the job? That's the purpose of the "connected caster," an innocent-looking, weight-sensitive wheel that can be affixed to the bottom of an office chair. It sends data back to a system that tracks just that.

Detroit-based Tome Inc. worked on the product with sleek office furniture designer Humanscale — which, conveniently, makes a line of desks for standing up and working at.

Fitbit, a leading maker of fitness trackers, is unveiling a mid-range model with heart-rate monitoring and smartwatch-like functions, such as audio playback control and message notifications.

The new Blaze won't have a GPS built-in, but it will be able to use the GPS from a companion smartphone to display pace and distance more accurately. It's a similar approach to the Apple Watch. The Blaze will replace Fitbit's Charge HR, which monitors heart rate but has no ability to latch on to the phone's GPS.

The Blaze is the first Fitbit model to have a color display.

The Blaze will sell for $200 when it comes out in March. Fitbit will also sell alternative frames and bands made of leather or stainless steel.

Ford says it will triple the number of autonomous cars in its test fleet as it moves to accelerate development of self-driving cars.

At the CES gadget show in Las Vegas Tuesday, the company said it will add 20 Ford Fusion gas-electric hybrid cars to the fleet, giving it 30 to test on roads in California, Michigan and Arizona.

The company also announced that it would use the latest laser sensors made by Velodyne in its test vehicles. The 360-degree sensors are smaller and have a longer sensing range than the previous generation. They can fit into a side-view mirror rather than the old laser sensors that were housed in a globe on the roof.

Ford CEO Mark Fields says he expects autonomous cars to be in public use in about four years, but they won't be able to drive in all weather conditions. That, he said, is a long way away.

Sports clothing maker Under Armour is getting into the gadgets business with a set of wearable devices, headphones and a wireless scale.

Though Under Armour isn't first with any of these, it's trying to make it easy on consumers by designing products that connect wirelessly to each other or to its smartphone apps. A new version of its UA Record app seeks to integrate all aspects of your health and fitness — including nutrition, sleep and exercise — though a few features will require a companion app, MapMyRun. The apps are free and will also work with competing devices, such as Fitbit and Garmin watches.

Under Armour is offering a starter package, the UA HealthBox, for $400. It includes the scale, a chest strap to monitor heart rate and a fitness band to track steps and sleep. Each item is also sold separately. Beyond that, Under Armour is offering a shoe embedded with a chip to track exercise — even without a smartphone or any other GPS-enabled device for recording distance. The company is also making two headphones, including one that can measure heart rate at the ear.

Under Armour partnered with smartphone maker HTC for the HealthBox items and with Harman's JBL business for the headphones.

Most of the items will ship Jan. 22; the shoes and heart-rate headphones will come later.