German manufacturer Adidas says the "Brazuca" was tested by more than 600 of the world's top players, and 30 teams in 10 countries over two and a half years. 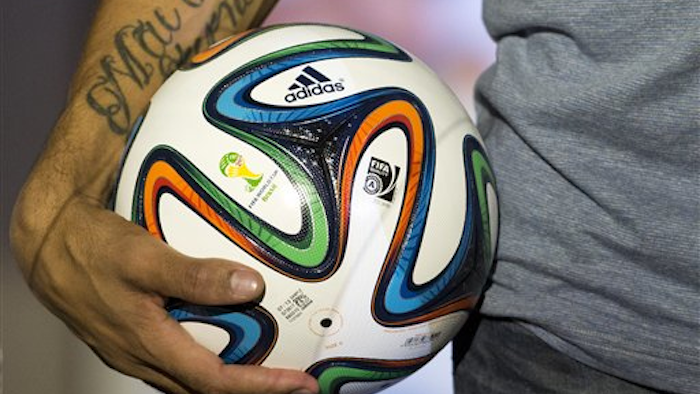 BERLIN (AP) -- Players were extensively consulted throughout the development of the World Cup ball, meaning they should be less likely to commit any on-pitch blunders in Brazil.

German manufacturer Adidas says the "Brazuca" was tested by more than 600 of the world's top players, and 30 teams in 10 countries over two and a half years.

Adidas business director for football hardware Matthias Mecking tells The Associated Press, "We can proudly say this is by far the most tested ball we've ever produced."

Adidas also manufactured the 2010 World Cup ball, named "Jabulani," but it received heavy criticism from many players before the tournament. They said it was too unpredictable.