Spain has imported a U.S.-made experimental Ebola drug to treat a Spanish missionary priest who was evacuated from Liberia last week after testing positive for the killer virus. The Health Ministry announced Monday that the ZMapp drug, made by Mapp Biopharmaceutical Inc. of San Diego, was... 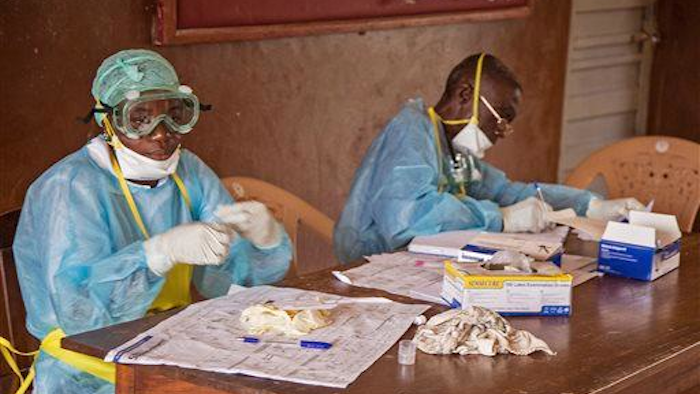 Spain has imported a U.S.-made experimental Ebola drug to treat a Spanish missionary priest who was evacuated from Liberia last week after testing positive for the killer virus.

The Health Ministry announced Monday that the ZMapp drug, made by Mapp Biopharmaceutical Inc. of San Diego, was obtained in Geneva this weekend and brought to Madrid to treat Miguel Pajares. The 75-year-old priest was evacuated from Liberia and placed in isolation Thursday at Madrid's Carlos III Hospital.

There is no known cure or licensed treatment for Ebola, which has killed more than 1,000 people in the current outbreak in West Africa. The World Health Organization has declared the Ebola outbreak an international health emergency and urged nations worldwide to donate resources to battle the disease.

Two Americans diagnosed with Ebola in Liberia and evacuated back to the United States have been treated with the drug. One of them, Dr. Kent Brantly, said last week that his condition was improving and the husband of the aid worker being treated with Brantly said the same thing. Both are being treated in isolation at an Atlanta hospital.

The ethical questions surrounding experimental Ebola drugs and vaccines were being debated Monday during a teleconference of medical ethicists and other experts organized by WHO.

At least one country in West Africa has expressed interest; Nigeria's health minister, Onyenbuchi Chukwu, said at a news conference last week that he had asked U.S. health officials about access but was told the manufacturer would have to agree.

Dr. Tom Frieden, director of the U.S. Centers for Disease Control and Prevention, said "there are virtually no doses available," a CDC spokesman said last week, before the announcement that Spain was also using the drug.

Because the ZMapp drug has never been tested in humans, scientists say there's no way to tell if it has made any difference to the two American aid workers who have so far received it.

The drug is a mixture of three antibodies engineered to recognize Ebola and bind to infected cells so the immune system can kill them. Scientists culled antibodies from laboratory mice and ZMapp's maker now grows the antibodies in tobacco plants and then purifies them. It takes several months to even produce a modest amount of the drug.