New York state is teaming with General Electric and other companies on a $500 million initiative to spur research and development in miniature electronic components. 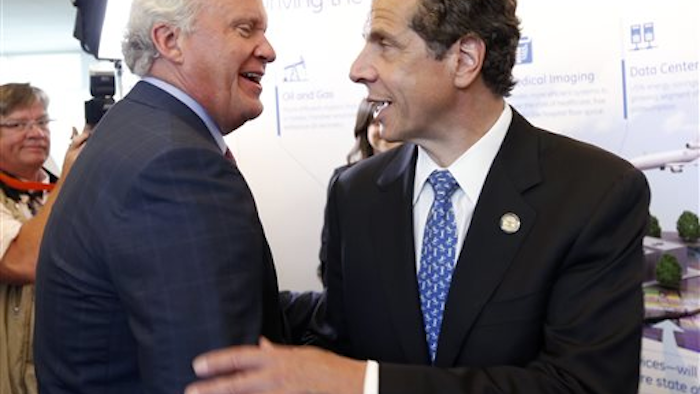 NISKAYUNA, N.Y. (AP) -- New York state is teaming with General Electric and other companies on a $500 million initiative to spur research and development in miniature electronic components.

Gov. Andrew Cuomo joined GE CEO Jeffrey Immelt on Tuesday at the Fairfield, Connecticut, company's upstate research center to announce the manufacturing consortium. The state will invest $135 million, with GE and other private companies expected to contribute the remaining $365 million.

The work will focus on innovative materials to make smaller semiconductors for computers and technology used in many industries including solar power, health care and aviation.

The partnership will be based at the SUNY College of Nanoscale Science and Engineering in Albany but will involve companies and university researchers from around the state.

Cuomo says the consortium will create thousands of jobs upstate.