A seaborne locomotive sounds like crazy idea, but engineer Andy McKeran, who designs heavy-duty offshore equipment at GE, might give it another look. 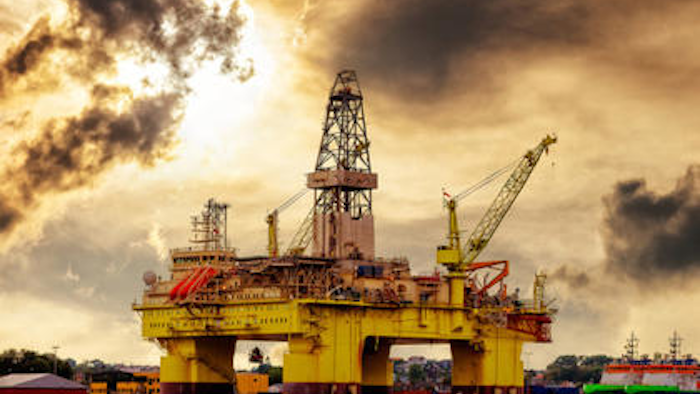 A seaborne locomotive sounds like crazy idea, but engineer Andy McKeran, who designs heavy-duty offshore equipment at GE, might give it another look. “One of the big benefits of working here is that someone in some other part of the company may have already solved your problem,” he says. “We call it the GE store, except that you don’t have to buy the solution, you get it free.” McKeran and his team build technology for drill ships, blowout preventers (BOPs), risers and other machines battered by the seas as far as 100 miles from the coast for months at a time. When something goes wrong, it might take a while to fix it.

Outages to the “money line” that’s tapping subsea oil reservoirs, for example, can quickly add up to $700,000 per day. “A single failure in the chain of equipment can cause an unpredictable and unproductive event,” says McKeran, who is visiting this week’s Offshore Technology Conference in Houston, Tex. “What we need is a ‘God’s view’ of the entire system and and the ability to prevent problems before they strike.”

That view is called SeaStream. It allows drilling companies to see the vessel and the subsea equipment as a whole, monitor it in real time, record and analyze its history, and search for anomalies. “It could take you up to three weeks to find and fly the right expert to a remote platform to fix something,” McKeran says. “But software and connectivity can actually bring the issue to the experts on shore.” Traditionally, service crews would replace parts in subsea equipment on a set schedule, even if there was nothing wrong with them.

This approach has worked well, but it’s also expensive. “We wanted to move from prescriptive to predictive maintenance with data and analytics,“ McKeran says. "This way we can get a digital picture of the entire system and detect anomalies.”

That’s where insights from “intelligent” trains and planes come handy. Over the last few years, power plants, airlines, hospitals other businesses around the world have started using big data systems built on GE’s robust Predix software platform. The company’s software engineers developed it specifically for the Industrial Internet, a digital network connecting, collecting and analyzing data from a myriad of sensors already installed in locomotives, jet engines and other intelligent machines. One such system called Movement Planner, for example, has allowed Norfolk Southern to optimize its 20,000-mile-long rail network, make locomotives go faster, and move more cargo without building new tracks. “A locomotive or a jet engine can be very different from a drill ship, but using software to monitor them and make them perform better is actually quite similar,” McKeran says.

GE built SeaStream to be "manufacturer-agnostinc” - it can work with machines of any make. “Today, our domain expertise covers the entire vessel, from propulsion to drilling to cybersecurity,” McKeran says. What’s the outcome? McKeran says that the system could help reduce unplanned downtime by 20 percent and third-party costs associated with repairs by a quarter, or in the region of $16 million per vessel per year.

“We can help prevent immediate loss of revenue,” McKeran says. “But we also give customers the ability to predict that their ship is going to be ready and available for the next job.”