The company said the decision was based on the need to remain competitive and has offered the affected employees various assistance programs. 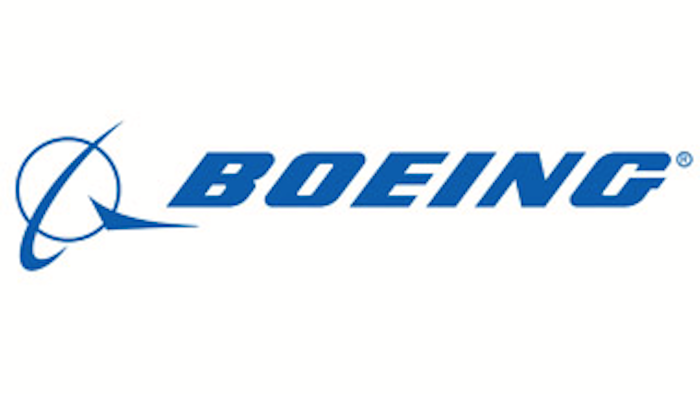 WICHITA, Kan. (AP) — Faced with defense budget reductions, the Boeing Co. announced Wednesday it will close its defense plant in Wichita by the end of 2013.

The closure will cost more than 2,160 workers their jobs and end the firm's presence in a city where it has been a major employer for generations.

The decision was not entirely unexpected. The company said in November it was studying whether to close the Wichita facility, which specializes in modifying commercial aircraft for military or government operations, to address Defense Department budget cuts. The first layoffs are expected to begin in the third quarter of 2012.

The company said it was moving future aircraft maintenance, modification and support to its plant in San Antonio, Texas, and engineering work to Oklahoma City. Work on the Air Force refueling tanker will be performed in Puget Sound, Wash. The company said the 24 Kansas suppliers on that program will continue to provide parts as originally planned.

"In this time of defense budget reductions, as well as shifting customer priorities, Boeing has decided to close its operations in Wichita to reduce costs, increase efficiencies, and drive competitiveness," said Mark Bass, vice president and general manager for the Boeing Defense, Space & Security facility in Wichita.

The study came even as the Pentagon had been working to prevent $500 billion in automatic, across-the-board defense budget cuts over 10 years in the wake of the failure by a bipartisan congressional supercommittee to agree on $1.2 trillion or more in deficit reductions.

Wichita had hoped the number of jobs at the facility would grow after Boeing won a contract worth at least $35 billion to build 179 Air Force refueling tankers. The modification work on the planes had been expected to be done at Boeing's Wichita plant — bringing with it 7,500 direct and indirect jobs with an overall economic impact of nearly $390 million.

Wichita Mayor Carl Brewer said the city, which prides itself as being the air capital of the world, has a long history with Boeing in the community. Brewer noted he worked there for 20 years before the company sold off its commercial operations.

"Many people — generations upon generations — have had an opportunity to be employed there and that could very easily be the end of that ... They are a very important part of us here," Brewer said.

But the mayor said the city would move on and take care of those families and continue working to be the "air capital of the world."

"This is not the first time we have had something of this magnitude. We have had other challenges and we have always managed to work through it and been able to survive," Brewer said.

Boeing has had a facility in Wichita since it bought the Stearman Aircraft Co. in 1929. During World War II, employment at the plant peaked at more than 40,000 as the company churned out four bombers a day. For decades the company remained the city's largest employer.

Then in 2005, Boeing spun off its commercial aircraft operations in Kansas and Oklahoma. At that time, the company still had roughly 15,000 employees in Wichita. After the divestiture, Boeing retained 4,500 workers for its defense work in Wichita but layoffs since have slashed that remaining workforce.

The Wichita facility is facing the end of some programs, such as the international tanker program that supplied refueling tankers to other countries. Over the summer, Boeing announced it would cut 225 jobs at its Wichita defense plant through the end of this year.

"But it would be different to a certain extent because of the fact that, you know, it is kind of like family that you actually have and a member of the family is moving away," Brewer said. "So there is a lot of emotional and economic attachment tied to this."

Boeing has also released the following press release on the matter:

"The decision to close our Wichita facility was difficult but ultimately was based on a thorough study of the current and future market environment and our ability to remain competitive while meeting our customers' needs with the best and most affordable solutions," said Mark Bass, vice president and general manager for BDS'Maintenance, Modifications & Upgrades division. "We recognize how this will affect the lives of the highly skilled men and women who work here, so we will do everything possible to assist our employees, their families and our community through this difficult transition."

Boeing Wichita is the base for the company's Global Transport & Executive Systems business and its B-52 and 767 International Tanker programs. The facility also provides support for flight missionplanning and integrated logistics. Over the past five years, contracts in Wichita have matured, programs have come to a close or are winding down, and the site does not have enough sustainable business on the horizon to create an affordable cost structure to maintain and win new business.

"In this time of defense budget reductions, as well as shifting customer priorities, Boeing has decided to close its operations in Wichita to reduce costs, increase efficiencies, and drive competitiveness," said Bass. "We will begin program transitions in the coming months, with the complete closure of the site scheduled for the end of 2013. We do not anticipate job reductions as a result of this decision until early in the third quarter of 2012."

Bass said that Boeing will continue to have a significant impact on the Kansas economy and the health of the state's aerospace industry.

"The company spent more than $3.2 billion with approximately 475 Kansas suppliers in 2011, spanning its commercial and defense businesses, making it the fourth largest state in Boeing's supplier network," said Bass. "Based on Boeing Commercial Airplanes growth projections for the next few years, Boeing anticipates even more growth for suppliers in Kansas. Boeing values its long-term partnership with Kansas, and we will continue to work with all of our stakeholders in Kansas in support of a robust aerospace industry in the state."

Boeing is providing employee assistance including retirement seminars, job search resources, and financial counseling, as well as help finding jobs inside or out of Boeing.