Researchers Unveil Method for Detecting Lung Cancer in Nature ArticleNanotechnology sensor could lead to earlier diagnosis for world's deadliest form of cancerWhen lung cancer strikes, it often spreads silently into more advanced stages before being detected. In a new article published in...

When lung cancer strikes, it often spreads silently into more advanced stages before being detected. In a new article published in Nature Nanotechnology, biological engineers and medical scientists at the University of Missouri reveal how their discovery could provide a much earlier warning signal.

"Early detection can save lives, but there is currently no proven screening test available for lung cancer," said Michael Wang, MD, PhD, assistant professor of pathology and anatomical sciences at MU and a corresponding author for the article. "We've developed highly sensitive technology that can detect a specific molecule type in the bloodstream when lung cancer is present." 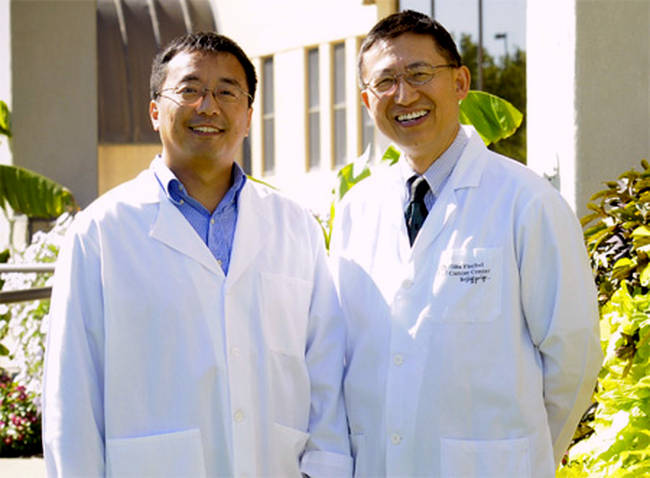 Michael Wang, MD, PhD, right, assistant professor of pathology and anatomical sciences, and Li-Qun Gu, PhD, associate professor of biological engineering, have developed a new technology for the early detection of lung cancer. Worldwide and in the United States, lung cancer is the most common cause of cancer-related death.