3D Printing Challenges The Way We Think About Production

As the mainstream era of 3D printing takes off, discussion centers on recent chatter in the financial sector over the performance of the Big 3 in additive manufacturing. 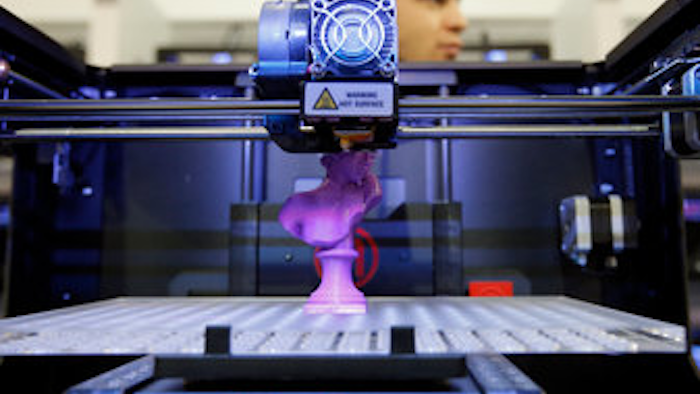 Earlier this week we ran a video sourced from CNN: 3D Printing is Not a Bubble, which attracted some significant viewership and discussion.

While “bubble” is one of those words with thorny connotations, the discussion centers on recent chatter in the financial sector over the performance of the Big 3 in additive manufacturing: 3D Systems, Stratasys, and voxeljet. Does this technology, which has created a significant buzz based on its potential to disrupt the marketplace, have "bubble" written all over it?

Fears were stoked when 3D Systems cited softer than anticipated demand by consumers. According to Reuters in February, "Citron Research last year accused the chief executive of 3D Systems of exaggerating advances in the technology and contributing to a bubble in shares of companies in the sector.

While any company in a burgeoning industry can deal with hits and misses, what these companies have going for them is that the technology itself is a strong hit — and getting stronger. Recent developments — like the lower cost, open source 3D printer capable of creating metal products that came out of Michigan Technological University — mean the business case of 3D printing for manufacturers and distributors only increases. While this work-in-progress is only kicking out sprockets so far, think of what it would mean to MRO to be able to develop in-house replacement parts.

3D printing still faces some challenges to widespread adoption — most significant of which are the cost of these machines. While B2B applications can typically find a quick ROI, the consumer market will likely continue to lag until prices go down and ease of use improves for the average consumer.

Despite these roadblocks, 3D printing continues to challenge the way we think about production of goods — whether it be in businesses like manufacturing or more DIY applications. Ultimately I think the word “bubble” often gets aligned with value, when in fact we’re looking at two different things here — the technology’s permanence and relevance, versus some hot-and-cold financial performance from the industry tech giants. Whether the “Big 3” succeed or not will not likely prevent this technology from gaining eventual widespread adoption because at this point, 3D printing is much more than the publicly traded entities that provide it visibility. Just how much more, only time will tell.