So far it’s an interesting week for three large manufacturers. Apple is facing an antitrust class action lawsuit over its iPod, Takata is fighting back against a nationwide U.S. air bag recall and the NTSB released a report on Boeing’s 787 Dreamliner battery issues of 2013. 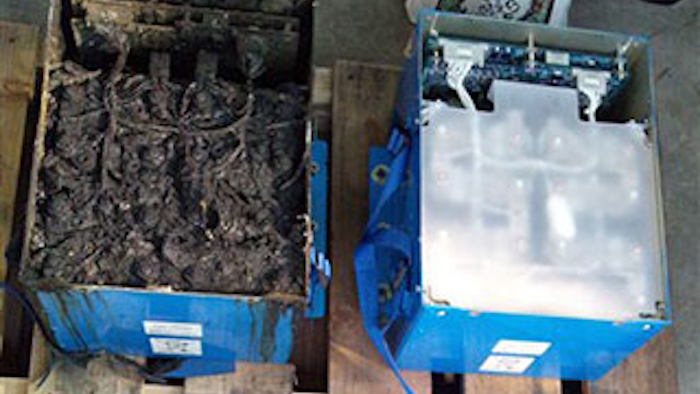 So far it’s an interesting week for three large manufacturers. Apple is facing an antitrust class action lawsuit over its iPod, Takata is fighting back against a nationwide U.S. air bag recall and the NTSB released a report on Boeing’s 787 Dreamliner battery issues of 2013. While these stories continue to develop, here’s a look at where they stand.

The electronics giant is defending itself against charges of inflating iPod prices and making software updates that prevented its music players from playing song not purchased through Apple’s iTunes store.

The AP reported earlier this week that:

While the company has stopped using the software, attorneys for the plaintiffs maintain that iPod buyers are still entitled to compensation for past harm.

This week’s testimony has brought Steve Jobs back to life with a video deposition recorded months before his death and internal emails he wrote about locking the competition out of Apple’s iPod devices.

If you haven’t heard about the air bag recall affecting every major automaker in the U.S., then you may have been living under a rock the last month. The Japan-based Takata Corp. air bags have been reported to contain metal shrapnel, causing injuries to drivers, and inflating with too much force. While the problem seems to affect high-humidity areas the most, government officials have been pushing for a national recall.

A U.S. Senate committee has looked into the problem and questioned Takata officials, but the company has largely pushed back on a wide-scale recall. However, the company did announce this week that they would form a panel to audit its manufacturing and come up with ways to make safe air bag inflators. While this might sound like a step in the right direction for the company, it has followed-up this action by telling the National Highway Traffic Safety Administration (NHTSA) that its demand for a nationwide air bag recall isn't supported by evidence, and the government doesn't have authority to tell a parts maker to do a recall.

According to the AP:

NHTSA called Takata's response "disappointing" and said it will review the response to determine the agency's next steps. A week ago, the agency threatened civil fines and legal action if Takata didn't declare the driver's air bag inflators defective and agree to the recall. It can impose fines of up to $35 million.

Lastly, it was reported this week that the National Transportation Safety Board (NTSB) has released the lengthy report on the battery fire that grounded the entire Boeing 787 Dreamliner fleet last year. While the agency report doesn’t identify the cause of the incident, it does point to Boeing, the Federal Aviation Administration (FAA) and GS Yusas Corp., the lithium-ion battery manufacturer, as being collectively responsible for the fire. The NTSB indicates these three entities for their role in how the battery was manufactured and how it was permitted for use on the plane.

According to a report by The Verge:

During the course of the review, the NTSB was able to determine that the battery wasn't damaged by environmental conditions or charged above normal levels. Instead, it concludes that the fire was caused by an internal short circuit within the battery itself. While the source of the short circuit isn't clear, the agency does suggest that GS Yuasa's manufacturing process allowed for significant defects that could have contributed to the incident. Moreover, Boeing and the FAA failed to conduct any audits of the manufacturer before the fire, allowing the defects to go through undetected. As a result, the NTSB issued 15 safety recommendations to the FAA, two to Boeing, and one to GS Yuasa.

Do prosecutors have a case against Apple or should they have the right to stifle competition? Is Takata hurting itself by pushing back at a national recall or making a smart business decision? Is Boeing’s battery problem behind it now? Tell us what you think by leaving your comments below.