Are The Highest Paid In Manufacturing Worth Their Weight In Gold?

Some argue that CEO pay packages may seem inflated, but are partially in response to the often truncated length of service — essentially, these are short-term gigs. 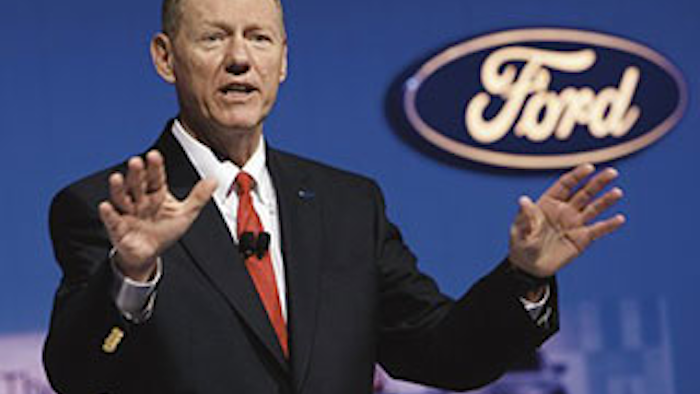 According to the employment website Indeed.com, the average salary of a factory worker is $32,000. In automotive, where the Big 3 have a history of providing a family wage salary, the average hourly rate for non-management manufacturing workers is anywhere between $16.95 and $27.77, according to the Bureau of Labor Statistics. Depending on cost of living, these positions can provide a fairly comfortable annual wage.

And now for the other side of the (literal) coin: executive compensation. CNN recently posted a list of the top paid CEOs last year, and it featured a few big names in manufacturing — including David Cote of Honeywell, David Farr of Emerson Electric, James McNerny of Boeing and Alan Mulally of Ford Motor Company. Each of these four yield pay packages somewhere between $23 and $26 million in cash, stock and options.

So, are they worth it? Some argue that CEO pay packages may seem inflated, but are partially in response to the often truncated length of service — essentially, these are short-term gigs.

According to the Harvard Business Review, a long tenured CEO can actually hurt performance in a business. According to Xueming Luo, Vamsi K. Kanuri and Michelle Andrews in “Long CEO Tenure Can Hurt Performance” (March, 2013):

It’s a familiar cycle: A CEO takes office, begins gaining knowledge and experience, and is soon launching initiatives that boost the bottom line. Fast-forward a decade, and the same executive is risk-averse and slow to adapt to change — and the company’s performance is on the decline. The pattern is so common that many refer to the “seasons” of a CEO’s tenure, analogous to the seasons of the year.

In addition, executives assume immense risk and responsibility. Look at the current situation with GM’s recalled vehicles: With lawsuits flying and the government involved, newly appointed CEO Mary Barra is responsible for answering to the intense scrutiny, despite not being at the helm of GM when the alleged safety breach took place.

It stands to reason that a company that performs well should benefit everyone in time. But is this performance directly correlated with one person, or is it a combination approach? Those who follow the tech sector closely might argue that, without the likes of Steve Jobs and Mark Zuckerberg, Apple and Facebook would never have done what they did. CEOs like Tesla’s Elon Musk and Oracle’s Larry Ellison are just as much development icons and brand ambassadors as they are front office types. It’s often argued that, in order to attract the brightest minds in the business, companies are forced to offer the most competitive packages possible.

And yet, despite all this, the gap between those who make the big decisions and those who make the products is still pretty extreme. The executive role is shorted lived, and more demanding, but to what degree? Is the training and education, along with this added stress, worth a pay package that’s 400 times that of the average production worker? Is the risk? In reality, nobody on the plant floor has any guarantee that their position is a long-term one either. Are not all individual workers then subject to the ups and downs of a business? According to the Bureau of Labor Statistics, between December of 2007 and June of 2009, the manufacturing industry lost 2 million jobs, or 17 percent of its workforce, and industry employment fell to its lowest level since March 1941. This burden may have been easier to bear if these industry workers had several million in stock options to fall back on, but I guess we can’t all be a CEO.

What are your thoughts? Do these executives deserve the salaries they yield? Leave your comments below.