The U.S. trade deficit could be hurting manufacturing at home, but currency manipulation by foreign countries that we trade with could be making it worse. 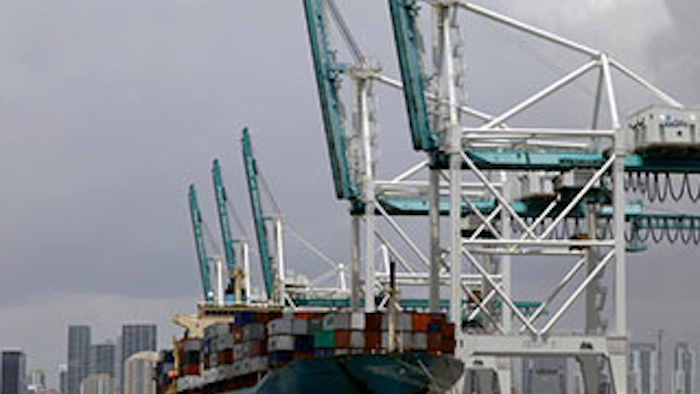 According to author Mike Collins, America’s trade deficit is the single biggest obstacle to creating manufacturing jobs, and to keeping manufacturing jobs in this country. He also agrees with Warren Buffett who says, “The U.S. trade deficit is a bigger threat to the domestic economy than either the federal budget deficit or consumer debt and could lead to political turmoil.”

Collins recently wrote about America’s trade deficit including what it is, plus who wins and loses because of it. I suggest you check it out, but in it, Collins explains that:

“Normally trade deficits are self-correcting because, as the deficit grows, the country’s currency begins to decline in price in the world market. This makes exported goods less expensive and foreign goods more expensive, and trade is supposed to balance itself.

“In the case of America, this balance is not happening because many of our trading partners have figured out how to manipulate their currencies to keep the dollar value high so that they can continue to increase our imports.”

So not only is the trade deficit possibly hurting manufacturing at home, but currency manipulation by foreign countries that the U.S. trades with could be making it worse. On Oct. 15, the U.S. Department of Treasury will release its semi-annual Report to Congress on International Economic and Exchange Rate Policies. The department’s April report acknowledged China’s continued actions to impede market determination, but didn’t name China as a currency manipulator.

The Alliance for American Manufacturing (AAM) asserts that currency manipulation is hurting domestic manufacturing. In a letter this week, the organization put pressure on the U.S. Treasury Secretary, Jack Lew, to do what he can to reverse the problem.

“We appreciate that Treasury has noted some of these factors in past reports and, from time to time, engages the governments of China and Japan in dialogue on currency manipulation. We fully expect you to engage your international colleagues this week during the annual International Monetary Fund meetings. Those words, however, mean little to the millions of U.S. manufacturing workers who expect a level playing field but have grown disenchanted with America’s inadequate response.”

You can read the full letter here.

According to AAM, the situation has only grown worse in the last six months and notes that:

AAM feels that the direct result of these actions is lost U.S. economic activity and jobs.