The Strict Control Of Tennessee Whiskey

In a story similar to the European Union’s cheese naming rights, Jack Daniels is fighting proposed changes to the distilling processes of Tennessee Whiskey. But there is one key difference. Jack Daniels isn't trying to take away rights, they just want to reinforce standards. 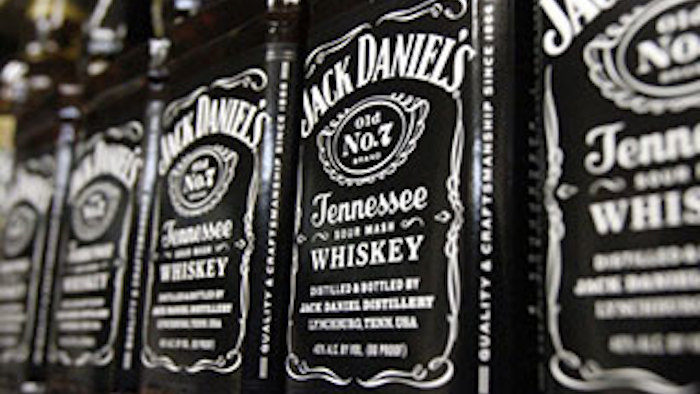 In a story similar to the European Union’s cheese naming rights, Jack Daniels is fighting proposed changes to the distilling processes of Tennessee Whiskey. But there is one key difference. More on that later.

Right now, if it isn't fermented in Tennessee from mash of at least 51 percent corn, aged in new charred oak barrels, filtered through maple charcoal and bottled at a minimum of 80 proof, it isn't Tennessee whiskey. That is from a year-old law that closely resembles the process used to make Jack Daniel's, the world's best-known Tennessee whiskey.

The American liquor business is booming and small batch distilleries are popping up all over to take part of this economic push. But according to an AP story today, some of the Tennessee whiskey requirements can be too difficult for craft distilleries to comply with, in turn making it difficult to market their products as Tennessee whiskey by current rules.

"It's really more to weaken a title on a label that we've worked very hard for," said Jeff Arnett, the master distiller at the Jack Daniel's distillery in Lynchburg, Tenn. "As a state, I don't think Tennessee should be bashful about being protective of Tennessee whiskey over say bourbon or scotch or any of the other products that we compete with."

It should be noted that Jack Daniel’s parent company, Brown-Forman Corp., pushed the original Tennessee legislation, something that its competitor, Diageo PLC, the British conglomerate that owns George Dickel, another Tennessee whiskey, likes to point out.

In turn, this latest measure to relax the rules, has been pushed by Diageo PLC to help micro distilleries open in Tennessee. Diageo feels Jack Daniels is threatened by competition from small distilleries.

"This isn't about Diageo, as all of our Tennessee whiskey is made with new oak," said Diageo executive vice president Guy L. Smith IV. "This is about Brown-Forman trying to stifle competition and the entrepreneurial spirit of micro distillers.

"We are not sure what they are afraid of, as we feel new innovative products from a new breed of distillers is healthy for the entire industry," he said.

What’s different in the whiskey case, compared to the EU cheese case, is that Brown-Forman isn’t trying to take away naming rights like European cheese-making regions are pushing for. The company is just insisting on a traditional process, similar to bourbon laws instilled a half-century ago, in order to use the name Tennessee Whiskey.

The EU cheese case says that the U.S. processes of making traditionally European cheeses have diluted EU production traditions with time. Instead of insisting on production process controls, like the Tennessee and bourbon rules do, the EU would rather just take away naming rights. Presumably, the idea is that Americans will purchase Europe’s “pure” form of cheeses like Parmesan instead of some “generic” U.S.-made, Parmesan-like cheese.

In both the case of Tennessee whiskey and European cheeses, things may not be settle for a while, but ultimately, it could be the consumers and their pocketbooks that will decide if any of it matters or not. What do you think? Is the regulation over processes important enough in order to use a specific name on a product? Or should companies be allowed to call their products whatever they want and does doing so dilute a product categories reputation?